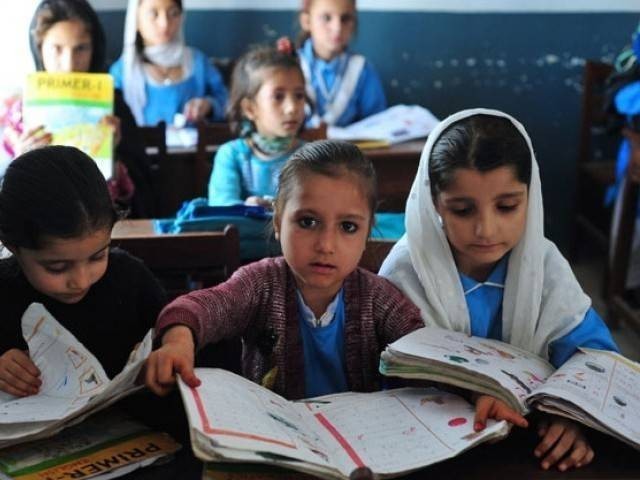 PESHAWAR: Despite the government’s claims of reforming the curriculum and adding new facilities in school buildings in the province, up to 8,000 middle schools do not have computer teachers, while most of the students could not afford computer education on a private level nor could they purchase a computer, thus more than 100,000 students face hardships.

A high-grade official of the Khyber Pakhtunkhwa (K-P) Education Ministry on the condition of anonymity has told The Express Tribune, that from class VI to class VIII, out of nine core subjects, one is a computer class. However, some middle schools neither have computer labs nor teachers trained enough to teach the subject.

“In the first phase we have established and furnished computer laboratories in secondary schools, but we are aware that the issue lies specifically with middle schools, and that issue is related to the lack of labs and lack of competent teaching staff,” the official added.

The ministry has presented the situation before the chief minister in cabinet meetings but are still waiting for the release of funds and to officially initiate the projects for middle schools, he added.

The Awami National Party (ANP) government made the subject of computers compulsory in 2008 and established labs at higher secondary institutions and also appointed some teachers for the said post, but in the two tenures of the Pakistan Tehreek-e-Insaaf (PTI) led government the project has seen no progress and the second phase failed to initiate due to non-serious policies, the senior official said.

On the other hand, the students, while speaking to The Express Tribune said that they always play in the school playground when the computer classes begin as they neither have any computer labs nor any teachers to take those classes. This was said by middle school students in the chief minister’s native village Swat.

“None of us students can afford to have a PC in their homes or take classes privately. Our parents’ earnings are too low to afford any such thing. If we had more money we would have gone to private schools with the best lab and best teachers,” a student added.

We have Arabic, Pashto, Theology, Urdu teachers, but several important subjects of the curriculum have no teachers.

We have no labs, a middle school principal told The Express Tribune.

The government continues to turn a deaf ear to our complaints about the lack of labs and teachers in middle schools, the principal added.

It is pertinent to mention here that computer was termed compulsory in 2008 from the middle till class XII at FSC, but until now no lab assistants and teachers have been hired after the project was first initiated.