China asks for UNSC to discuss Kashmir this week: diplomats

China asks for UNSC to discuss Kashmir this week: diplomats

It will be up to Poland, presid­ent of the counci­l for August­
By United Nations
Published: August 15, 2019
Tweet Email 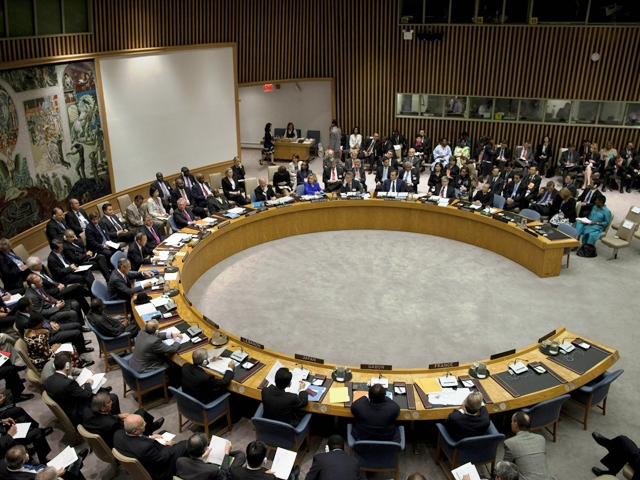 REUTERS: China on Wednesday backed Pakistan’s request for the United Nations Security Council to discuss India’s decision to revoke the special status of Jammu and Kashmir, asking for the body to meet behind closed doors on Thursday or Friday, diplomats said.

However, France responded to the request by proposing that the council discuss the issue in a less formal manner – known as “any other business” — next week, diplomats said.

It will be up to Poland, president of the council for August, to mediate an agreed time and format among the 15 members.

“Pakistan will not provoke a conflict. But India should not mistake our restraint for weakness,” Foreign Minister Shah Mehmood Qureshi wrote in a letter to the Security Council on Tuesday.

“If India chooses to resort again to the use of force, Pakistan will be obliged to respond, in self-defense, with all its capabilities.” UN Secretary-General Antonio Guterres has called on India and Pakistan to refrain from any steps that could affect the special status of Jammu and Kashmir.

Guterres also said he was concerned about reports of restrictions on the Indian side of Kashmir.

The UN Security Council adopted several resolutions in 1948 and in the 1950s on the dispute between India and Pakistan over the region, including one which says a plebiscite should be held to determine the future of the mostly Muslim Kashmir.

Another resolution also calls upon both sides to “refrain from making any statements and from doing or causing to be done or permitting any acts which might aggravate the situation.”

UN peacekeepers have been deployed since 1949 to observe a ceasefire between India and Pakistan in Jammu and Kashmir.