Court cites lack of eviden­ce for acquit­tal despit­e videos of a crowd beatin­g him in the street­
By Reuters
Published: August 14, 2019
Tweet Email 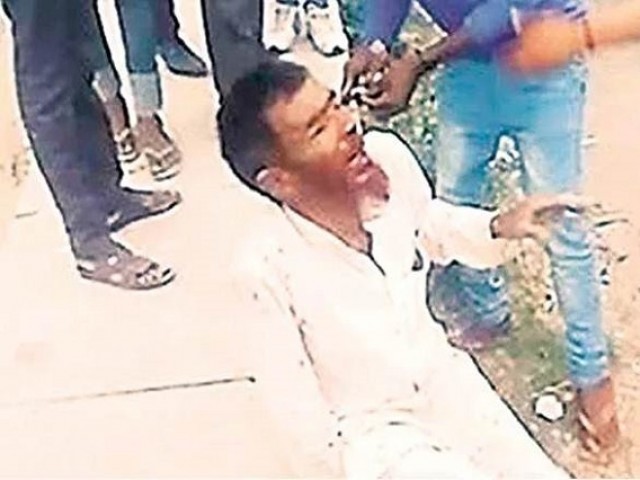 Court cites lack of evidence for acquittal despite videos of a crowd beating him in the street. PHOTO: FINANCIAL EXPRESS

NEW DELHI: An Indian court on Wednesday acquitted six men of the killing of a 55-year-old Muslim dairy farmer, citing lack of evidence, raising questions over the prosecution’s failure to make its case despite videos of a crowd beating him in the street.

The 2017 attack on Pehlu Khan and his two sons in the western state of Rajasthan by a suspected mob of cow vigilantes caused public outrage and demands for swift action.

Videos shot on mobile phones showed Khan begging for mercy as the crowd set upon him after stopping his truck with cows in the back. He died but his sons survived.

In Hindu-majority India, many consider cows sacred and killing the animal is outlawed in most states.

Hukum Singh Sharma, a defense lawyer, said the court in the town of Alwar had freed the six accused because the prosecution could not link them to the attack on Khan.

“Police had picked up innocent people and all the six accused were framed because of political reasons,” Singh said.

The court did not accept the video evidence, Yogendra Singh, the prosecution lawyer, said.

The court heard the testimonies of more than 40 witnesses, including Khan’s two sons.

Khan had told the crowd he was bringing the cows from a cattle fair, but they had screamed that he was planning to slaughter the cattle for beef.

Some prominent Indians took to Twitter to vent their anger over the acquittal.

“Utterly Shameful! This is a lynching that was caught on camera!!! We live in a state of utter anarchy it seems.. the law, the constitution, even evidence it seems are meaningless. Dark dark times!! #PehluKhan,” said Swara Bhasker, an activist and a film actor.

India’s Muslim minority engages in the trade of cattle for slaughter and consumption, chiefly of buffalo meat, as well as dairy purposes.

Arrest warrant out for Shashi Tharoor over ‘Hindu Pakistan’ remark