People block roads, burn tyres and effigi­es in many areas to protes­t agains­t the govt
By Our Correspondents
Published: August 14, 2019
Tweet Email 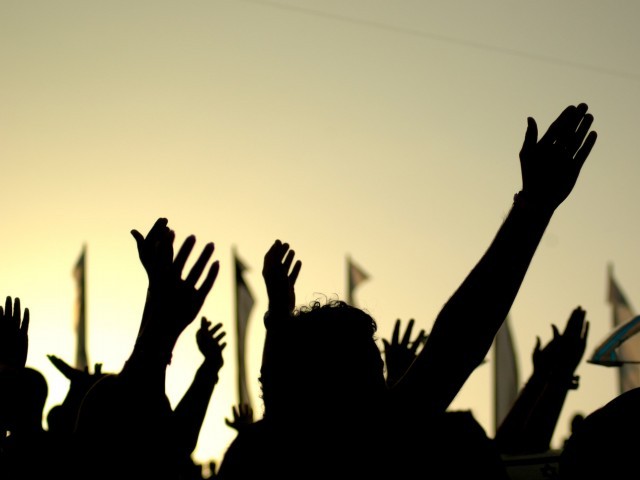 In Swabi, residents of six Union Councils including Chota Lahor and Yar Hussain

protest against the unannounced load-shedding in district Swabi various area, while in Chota Lahor, Yar Hussain residents blocked the main roads near the motorway for three hours against the load-shedding.

Gathered on the call of Anjuman Tajiran, Islahi Jirga and all political parties in the districts, residents protested against the unscheduled loadsheeding in their respective areas.

They also blocked the main road leading to the motorway against the Water and Power Development Authority (WAPDA) for unannounced loadshedding.

In Charsadda, scores of people poured into the streets of the district on Tuesday to protest against unannounced and unscheduled loadshedding.

Several protest rallies were reported from various UCs against low voltages in the district.

All political parties in Charsadda used mosque loudspeakers to invite the public to join the protest against prolonged load-shedding in various areas of the district. The parties also led separate rallies in the district.

Locals burnt tyres and effigies on the Turangzo Road, Sherpao-Umarzai Road, Harichand and many other areas. Some of the roads were kept closed for traffic for hours.

Umarzai Tehsil Nazim Dr Altaf Ahmed said that the low voltage being supplied had damaged electrical appliances in their houses.

“We were promised by the Peshawar Electric Supply Company (PESCO) that the district will not face any unannounced and un-scheduled load-shedding on Eid day, but we have no power for at least 12 hours,” Shoaib said.

“We are warning the district administration that if they do not sort out issues with the power supply, we will block the main Peshawar-Islamabad Motorway for any kind of traffic and also target WAPDA installations,” he warned.

Later, on the surety of the district administration, the protestors dispersed.

Meanwhile in Peshawar, Qaumi Watan Party QWP) Provincial President Sikandar Shepao stated that the government had promised they will not resort to load-shedding during the Eid holidays, but as usual, they have taken another ‘U-turn’ on their decision and the public has witnessed the worst load-shedding over the past three days.

Addressing an Eid Milan party at the Watan House in Peshawar on Tuesday, Shepao said that there is a massive difference between rhetoric and actions of the current government.

“What they claim they will do, they never do,” he said, adding that the province is producing far more power than it required but despite that, the province was suffering from prolonged, unannounced load-shedding.

“The residents of the province are being victimized for voting them [ruling Pakistan Tehreek-e-Insaf],” he said.

We, as a party will defend the rights and resources of the province and will soon to secure the central stage on the political spectrum, he added.