Enhanced market access to US just pie in the sky

Enhanced market access to US just pie in the sky 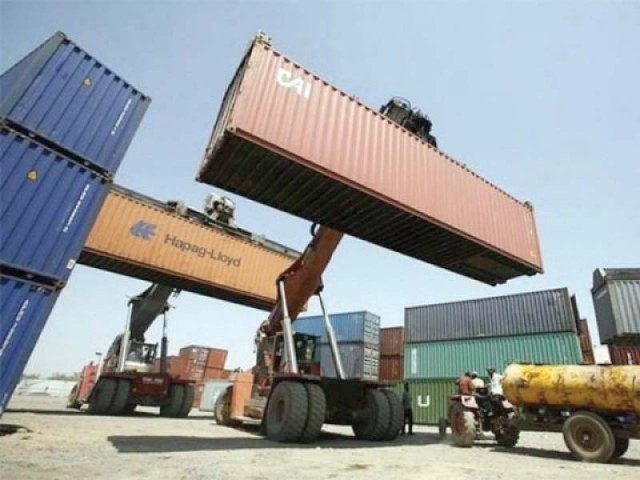 In 2005, the US had announced the setting up of Reconstruction Opportunity Zones (ROZs) in the militancy-hit tribal areas of Pakistan for duty-free export of products manufactured there. However, the Americans did not live up to their commitment. PHOTO: FILE

ISLAMABAD: Enhanced access for products of Pakistan’s export interest, particularly textile and clothing, to the United States market has been a long-standing demand of both the government and private sector.

What is the rationale for the demand? And what are the prospects that the US will accede to the demand even when bilateral relations are back to normal?

The US remains Pakistan’s largest export market. In 2018-19, the US accounted for $4.03 billion of Pakistan’s total exports of $24.21 billion (State Bank of Pakistan data).

Major exports to the US include home textiles ($1.34 billion), textile garments ($1.33 billion), leather products ($118 million) and medical equipment ($97 million). Data shows that textiles dominate Pakistan’s export basket for the US.

Pakistan’s share for textiles in the US market is rather low – 5.5% for home textiles and 4.7% for textile garments. As perceived by Pakistani exporters, the major cause for the low market share is high US tariffs on these products.

Maximum tariffs for made-ups and garments are 34% and 32% respectively. For leather and footwear, the tariffs go up to 55%.

The impression that high tariffs account for Pakistan’s low share in the US market is only partly correct. For home textiles, the two largest suppliers to the US are China (55% market share) and India (17% market share). However, exports from both these countries face the same import tariffs – 8% on average – as faced by the exports from Pakistan.

The above mentioned tariffs are either most favoured nation (MFN) or normal tariffs. Since the MFN is the constitutional principle of the World Trade Organisation (WTO), the US cannot discriminate among its trading partners.

Like other developed countries, the US has also its GSP, which offers unilateral preferential tariff treatment to developing countries for specified products. The US GSP periodically expires and is subsequently renewed by the Congress.

Typically, the US GSP includes Pakistan and 120 other countries. India has recently been excluded. The GSP scheme provides duty-free treatment to the covered products.

However, most of the textile products, including almost all the products of export interest to Pakistan, and a large number of leather products are excluded from the GSP, which means that the excluded products are subject to relatively high MFN tariffs.

This is one of the major reasons that Pakistan has not been able to drive considerable advantage from the US GSP scheme. As per the United States Trade Representative (USTR) data, in 2015 out of the $3.7 billion of Pakistan’s exports to the US, only $179 million were GSP covered.

Pakistan has from time to time urged the US to provide full coverage to textiles in the GSP. The problem here is twofold. One, if the product coverage is expanded, then it will be for all beneficiary countries and any advantage granted to Pakistan may largely be offset by a similar advantage granted to its competitors.

Two, the textile sector being labour-intensive — and thus an important source of employment generation — is heavily protected in the US, and therefore politically it will be increasingly difficult for the US to open the sector to foreign competition.

This factor is very important as the present administration, headed by Donald Trump, is in a protectionist mode. Thus full, or even enhanced, coverage of textiles in the US GSP is not likely.

Pakistan first proposed an FTA to the US in 2002 at a time when bilateral relations were at a high water mark due to the country’s role as a frontline American ally in the war on terror. The US asked Pakistan to first negotiate a Trade and Investment Framework Agreement (Tifa), which might lead to an FTA.

Tifa was signed in 2003. So far, nine rounds of Tifa Council have been held. However, the conclusion of the FTA has been put on ice. In view of the Trump administration’s policy decision to review – such as the North Atlantic Free Trade Agreement (Nafta) – and walk out of – such as the Trans-Pacific Partnership Trade Treaty – the bilateral and regional trade agreements to which the US is a party, the start of Pakistan’s FTA negotiations is highly improbable.

The third and last option for the enhanced market access is a Pakistan-specific time-bound trade package, such as the one introduced by the European Union (EU) for Pakistan in 2013 for one year in recognition of the country’s role in the war on terror.

There are, however, two potential problems with resorting to this option. One, for reasons political as well as economic, the US is not inclined towards coming out with a Pakistan-specific package.

It may be recalled that in 2005 the US had announced the setting up of Reconstruction Opportunity Zones (ROZs) in the militancy-hit tribal areas of Pakistan for duty-free export of products manufactured there.

However, the Americans did not live up to their commitment and the ROZ package was later shelved. Two, even if the US agrees, a Pakistan-specific trade package will require a waiver from the WTO for being incompatible with the MFN principle. The EU had also obtained a waiver for its Pakistan package.

However, in the present circumstances, when protectionist thinking has gained wide currency, such a waiver will be hard to obtain.

The foregoing makes it clear that expecting any breakthrough in getting enhanced market access from the US will be just pie in the sky. Not surprisingly, no assurances were given to Pakistan for the preferential market access during the prime minister’s recent visit to Washington.

Instead, the government and businesses need to focus on shoring up competitiveness of Pakistan’s exports by overcoming the acute supply-side constraints.