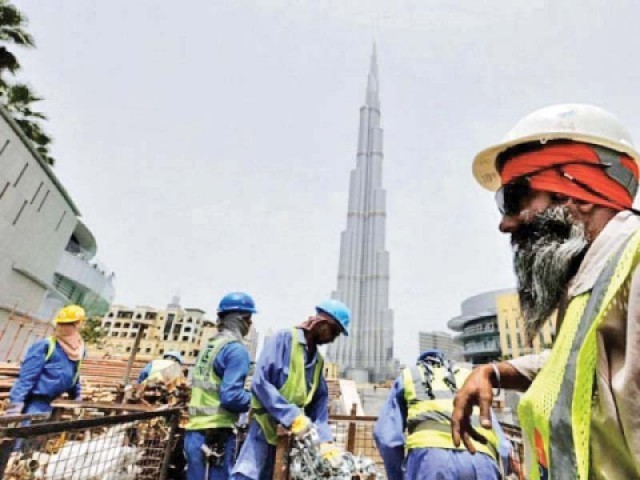 It is high time for the government of Pakistan to revamp the currently dormant Ministry of Overseas Pakistanis and Overseas Pakistanis Foundation (OPF) for conducting research on what is being followed around the globe such as the OFW model. PHOTO: FILE

KARACHI: The current account deficit of Pakistan is shrinking and as per the recent report issued by the State Bank of Pakistan (SBP) after monetary policy meeting in July 2019, the deficit has gone down to $12.7 billion, almost 30% lower than last year.

The reduction came mostly through demand suppression and clampdown on growth. Despite multiple currency depreciations and incentives, the export sector could not be resuscitated.

Total debt getting close to size of economy

While it makes sense to focus on the traditional dollar-earning avenues such as the textile sector, the country should adopt a multi-pronged approach and leave no stone unturned to secure sustainable foreign inflows. One such avenue is value creation in the manpower exported to various countries such as the Gulf region.

It is obvious that the ongoing slowdown in economy will result in many people losing their jobs and finding another one would be an arduous task considering all businesses are either downsizing or holding the fort till they see a dovish stance from the central bank.

Therefore, it is necessary for the government to explore new markets in a bid to accommodate the flood of job-seekers who are either graduating from colleges or were made redundant due to the economic slowdown.

Although remittances are increasing as reported in the recent monetary policy statement, they are far from reaching their true potential.

The workforce landscape around the world is evolving phenomenally, but we are unable to catch up fast enough to meet new demand.

For instance, Gulf countries now need a higher number of skilled workers, mostly white collar, geared more towards the services sector, however, we are still offering semi-skilled or unskilled labour force. Just like the government is focusing on value creation in export-oriented goods, there should be similar focus on skilled workforce to be exported to foreign countries which can, in turn, remit more dollars by securing well-paying or highly demanded jobs.

The role model that Pakistan can follow to revamp its manpower supply value chain is from another Asian country, the Philippines, whose economy relies heavily on providing highly skilled, trained and tailoured workforce in line with requirements from around the world.

The World Bank’s April 2019 Migration and Development Brief revealed that the $33.8 billion in remittance flows to the Philippines were only behind India’s $78.6 billion, China’s $67.4 billion and Mexico’s $35.7 billion.

The demand for Overseas Filipino Workers (OFWs) is increasing and they are now demanding better benefits and perks.

Owing to the diversified workforce spread across various regions of the world, OFWs are still able to send back 6% more remittances from around the globe despite the economic slowdown witnessed due to the US-China trade war.

Government of the Philippines has taken many initiatives through its consulates around the globe to continuously gauge trending requirements in labour market of the host country and then feed them back to the skill development centres across the Philippines focusing on preparing its workforce to meet those challenges.

Also, consulates of the Philippines and skilled development bodies work hand in hand to ensure that Filipino workers are not only trained adequately but they also land the right jobs that pay well besides providing welfare and legal support for the workers who are in some sort of trouble as they land in a foreign country.

If we compare this to the situation in Pakistan, the moment any worker leaves the country, he is left to care for himself. Most of the time, the worker might have the right skill set but not the right attitude and mindset to adopt a new culture and system.

Most of the manpower suppliers are chiefly concerned with their commission and their motto is to get the person quickly on the plane with the paperwork done and they are not very much concerned with the aspects such as closely matching job skills or assessing job readiness of the worker.

It is high time for the government of Pakistan, which is focusing on reducing poverty and bridging fiscal gaps, to revamp the currently dormant Ministry of Overseas Pakistanis and Overseas Pakistanis Foundation (OPF) for conducting research on what is being followed around the globe such as the OFW model.

Also, it is critical that all the ministries, manpower suppliers and skill development centres across the country work as a team with the network of consulates across the globe to unlock the real potential of remittances and ensure their sustainability as the country navigates through a tougher global economic outlook.

In a first, libraries set up in police lockups