There should be adviso­ry bodies and appell­ate tribun­als
By SYED AKHTAR ALI
Published: August 14, 2019
Tweet Email 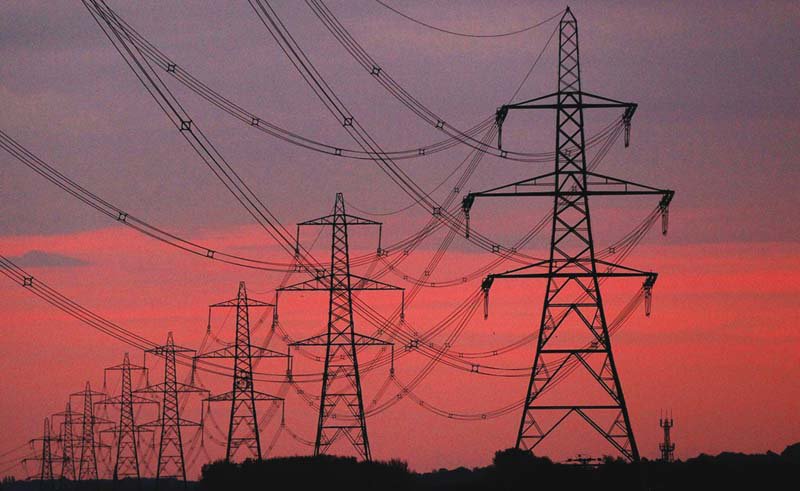 ISLAMABAD: Regulatory bodies are formed to determine rules and regulations in the context of authority bestowed by an elected parliament or equivalent source of power.

Regulatory bodies implement laws made by legislative institutions by making and enforcing regulations. They have quasi-legislative, executive and judicial functions.

Economic regulatory bodies such as Oil and Gas Regulatory Authority (Ogra) and National Electric Power Regulatory Authority (Nepra) have to establish rules of business for a variety of stakeholders namely energy producers, transmission and pipeline companies, distribution companies, government and its agencies and consumers of various categories and sectors. Most important and visible are the licensing and tariff-awarding functions.

To be fair, energy regulators (Nepra and Ogra) have performed their functions well and have assisted in bringing investors to the energy sector with a measure of harmony and feeling of justice among the stakeholders. There is always something which could not have been done or could have been done better. There is controversy about awarding excessive concessions and unduly high upfront tariff, resulting in a high cost of electricity. Ogra has been accused of being too tight on companies driving some to insolvency and of not looking into many unattended issues.

Some of the measures may be in the control of legislators themselves and some may require action by the government.

Consultation and transparency provide legitimacy and acceptability to the regulatory decisions and determinations. Public hearings are a major instrument of consultations.

It is observed that there are opposing trends – in Islamabad, there is a lack of public participation in the public hearings and in Karachi, the participation is so heavy that adequate consultation cannot take place due to overcrowding. A mid-way has to be found to attract better and higher participation of the stakeholders and their representatives.

One of the consultation instruments often used and mandated by governments (OECD code) is the Regulatory Advisory Committees. The advisory committees comprise representatives of stakeholder bodies like trade and business, consumer associations, professional bodies, distinguished citizens and professionals like lawyers, engineers, economists, accountants, etc. Members and chairman of the regulatory bodies are ex-officio. Governments often nominate a former member, chairman and secretary. In India also, apart from Organisation of Economic Cooperation and Development (OECD) member countries, there are advisory committees at federal and provincial/state levels. Such a system may be established in regulatory processes (both at Nepra and Ogra).

They should be purely advisory bodies meant for consultation and advice on policy issues. They provide a window of contact with the stakeholders. These committees do not interfere in individual cases and no executive authority is vested in it. There is always a risk that the system may be used for peddling individual interests.

In the new electric power legislation, appellate tribunals have been introduced. Such tribunals are expected to hear applicants not satisfied with the determination of the regulator. This system will help avoid unnecessary and long-drawn-out legal proceedings. This has to be broadened to include the petroleum sector as well. No progress has been made on establishing the tribunals. Steps should be taken for its implementation after introducing proposed changes.

The Ministry of Energy has been formed by merging power and petroleum ministries. The rationale behind this is that the two subjects are interdependent and interrelated requiring frequent consultations.

With the same argument, there is a case for merging Nepra and Ogra to form an integrated body. This is also in keeping with the system in many other countries, although not in South Asia. The counter-argument is that it may disturb operations of the two bodies and that the merger does not necessarily improve consultations as the merger of the two ministries has indicated. The commonality is in tariff functions, but technical functions require background in different technologies.

Nevertheless, some coordination may have to be ensured by the two regulatory bodies for effective consultations between themselves. Aloofness, although a distinct characteristic of bureaucracy, should be avoided if the merger is to be discouraged and prevented. Stakeholders are concerned about this lack of consultation and coordination.

Credentials of chairman and members

The position of Nepra chairman has been vacant for the last more than six months. Suitable candidates could not be found as determined by the selection committee. New legislation sets maximum age limit of 60 years. It has been found that neither the salary and emoluments are good enough to attract suitable persons, nor the age limit is adequate.

People at the peak of their careers in their fifties may not be ready to leave their present jobs. Besides, the characteristics required in the job are better found in older persons. For the same reason, the upper age limit in the judiciary is 65 years. Surprisingly, the Ogra chairman’s age requirement remains the same at 65 years. It is good to know that the present government has already moved papers to extend the age limit to 65 years.

Similarly, there are issues in the appointment of members also. In Nepra, members should represent one province each, meaning four provinces and four members. As a result, chief ministers of the provinces practically nominate the members, compromising merit.

Under an alternative scheme of things, there may be a domicile requirement under competitive induction. For strange reasons, there is no provincial representation requirement in Ogra and members are recruited under a competitive process.

Provincial rights are more paramount as gas is owned by provinces. In federations, there is a requirement for representing and looking after provincial interests. In Canada, India and Australia, there is adequate protection and the electricity function is controlled by provinces including regulation.

In Pakistan, the Council of Common Interests (CCI) looks after the provincial interests. Thus, there is a need for suggested reforms and introducing a competitive induction process under domicile condition.

A regulatory body has to be independent, even of government, in order to be able to make right and just determinations, which have a bearing on the ability of various stakeholders in undertaking their functions.

In an economic environment where many government-owned companies may be having a significant share and where subsidies are provided by the government, it appears that some role of the government has to be there willy-nilly.

Concluding, a new legislation dealing with both the regulators, bringing uniformity and dealing with the issues raised above and including other proposals may be prepared and get approved by the present legislature.