'Pakistan may redeploy troops from Afghan border to Kashmir'

'Pakistan may redeploy troops from Afghan border to Kashmir' 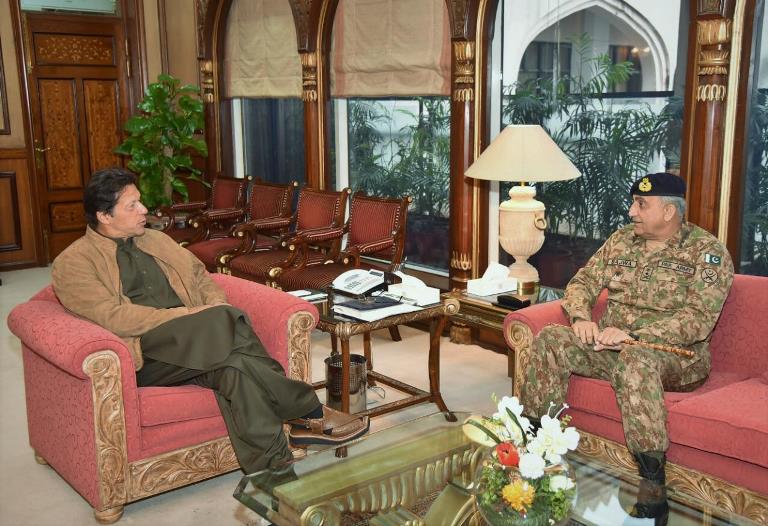 NEW YORK: Warning that the Kashmir crisis could get worse, Pakistan’s Ambassador to the United States Asad Majeed Khan has raised the possibility that Islamabad might redeploy troops from the Afghanistan border to the Kashmir frontier, a shift that could complicate American peace talks with the Taliban, now said to be in the final stages.

In an interview with The New York Times editorial board on Monday, Khan emphasised that the Kashmir and Afghanistan issues were separate and that he was not attempting to link them.

On the contrary, he said, Pakistan hoped the American talks with the Taliban would succeed and that his country was actively supporting them.

“We are doing all that we can and will continue to do so,” Ambassador Khan said. “It’s not an either-or situation.”

Nonetheless, the Pakistani envoy said that India’s crackdown on occupied Kashmir as it annexed the  disputed state “could not have come at a worse time for us.”

In this regard, NYT explained that Pakistan has sought to strengthen military control along the western border with Afghanistan, an area long infiltrated by Taliban militants, as part of the effort to help end the Afghanistan conflict by denying the group a safe haven.

“We have our hands full on the western border,” Ambassador Khan said, adding, “If the situation escalates on the eastern border, we will have to undertake redeployments.”

“Right now in Islamabad, we are not thinking about anything but what is happening on our eastern border.”

About the reaction in India to New Delhi’s illegal IoK move, Khan said, “Pakistan as a punching bag sells in India.”

There has been little communication between the two countries over the past week, the ambassador said, and the crisis “unfortunately, I suspect, is going to get worse.”

But he declined to specify what such a worsening would look like.

“We are two big countries, with very large militaries, with nuclear capability and a history of conflict, so I would not like to burden your imagination on that one,” he said. “But obviously if things get worse, things get worse.”

‘Slap in the face for US’

In an article published in The Washington Post on Tuesday, Ambassador Khan said India’s revocation of  Kashmir’s special status is a slap in the face of a renewed American commitment to solve the Kashmir dispute.

Referring to President Donald Trump’s recent offers to mediate the Indo-Pakistan dispute, the ambassador said India’s unilateral action in Kashmir makes “plain to the world the depth of India’s arrogant indifference to the region’s peace and stability.”

“In the past, diplomatic support from our allies helped lower tensions. This is why it is more urgent than ever for the United States to do what it can to prevent India from precipitating another crisis,” wrote Ambassador Khan.

“A long and painstaking US-led reconciliation effort, which has been supported by Pakistan, has brought peace within our grasp in Afghanistan.”

The Pakistani envoy further wrote, “The time is now for the United States to make good on Trump’s offer of mediation – not for Pakistan’s sake or for India’s sake, but for the sake of the only people who have not been heard since India gagged them a week ago: the people of Kashmir themselves …”

“The territorial dispute of Jammu and Kashmir – one of the oldest on the United Nations’ agenda – is the legacy of the end, in 1947, of British rule in the Indian subcontinent. The people of Kashmir have now been waiting for 72 years to exercise their right to decide their future, which was promised to them, repeatedly, by India.”

Khan wrote that Narendra Modi’s government’s decision to scrap Article 370 “shows that India is no longer willing to pay even lip service to its international obligations.”

“It is the logical culmination of the reign of terror unleashed by India on Kashmiris that began in 1947 and continues to this day, but which has assumed an even more virulent form since 2016.”

“It is the people of Kashmir who are suffering while leaders and supporters of India’s ruling Bharatiya Janata Party have cheered as their government has shut down internet services, electricity and telephone lines in Kashmir, and arrested hundreds of Kashmiri leaders.”

He said August 5 “sounded the final death knell for India’s increasingly tenuous claims to be a secular democracy.”

“In fact, the right-wing BJP’s project to remake India (not just occupied Kashmir) is neither secular nor democratic. Instead, the BJP envisions a future in which India’s long-suffering Muslims, Christians, lower-caste Hindus and other religious minorities and tribes are formally relegated to the status of unpersons.”

Khan also addressed New Delhi’s claims against Islamabad and said “India will [this time] not be able to trot out the familiar boogeymen of ‘cross-border terrorism’ and ‘Pakistan’ to draw attention away from the ugly reality of its occupation and oppression in Kashmir.”

The ambassador criticised the BJP’s “rash and irresponsible actions” which he said “have also put South Asia on the brink of conflict for the second time in less than six months.”

“Prime Minister [Imran] Khan, who has made repeated offers of dialogue to India since assuming office last year, recently warned the international community of catastrophic consequences should India’s latest act of recklessness lead to conflict. This, he stressed, is the reality of any conflict between the two countries that are armed with the weapons that both India and Pakistan possess.”