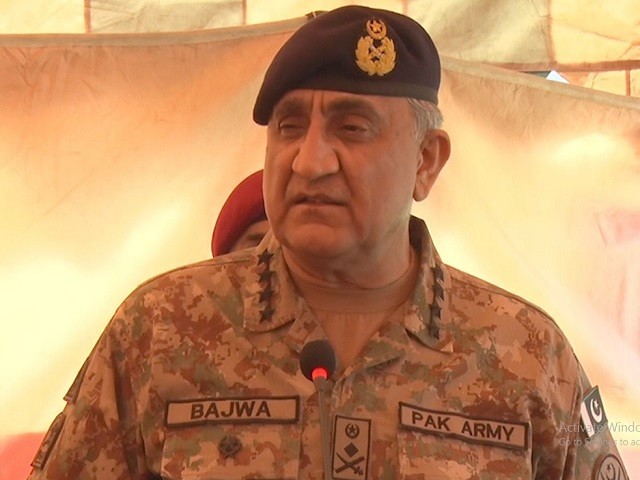 Chief of Army Staff (COAS) General Qamar Javed Bajwa has said that India is trying to shift global attention from its illegal Kashmir move to the Line of Control (LoC) and Pakistan, and must not be given any chance to cover up its crimes in IOK.

The army chief made the statement during his visit to Bagh sector at LoC, where he spent Eidul Azha with troops, said a statement issued by the Inter-Services Public Relations (ISPR) on Monday.

“India is trying to shift the global attention away from Indian Occupied Jammu and Kashmir to LOC and Pakistan and for this purpose it can do anything. We must not give them any opportunity to cover up the crimes it is committing in IOJ&K,” he was quoted by the military’s media wing as saying.

Modi-led government earlier this month had stripped Kashmiris of special autonomy by repealing Article 370 of the Indian Constitution that the region had for seven decades through a rushed presidential order.

The move escalated tensions between the two nuclear-armed states with Islamabad downgrading its diplomatic relations with New Delhi and suspending all bilateral trade.

Speaking to the troops during today’s visit, the army chief said the government has initiated multiple efforts to redress the Kashmir crisis. “Our resolve to solve the Kashmir dispute is as strong as desire for peace,” he added.

“Our religion teaches us peace but also to sacrifice and standing for the truth,” Gen Qamar said while reiterating, “We stand with our brothers and sisters in Kashmir and no matter how much time and whatever effort it takes, we will prove equal to the challenge, InshaAllah.”

According to the ISPR, the Pakistan Army is observing Eid solemnly in solidarity with Kashmiris.