Hajj pilgrims converge on Jamarat for stoning of the devil

Hajj pilgrims converge on Jamarat for stoning of the devil 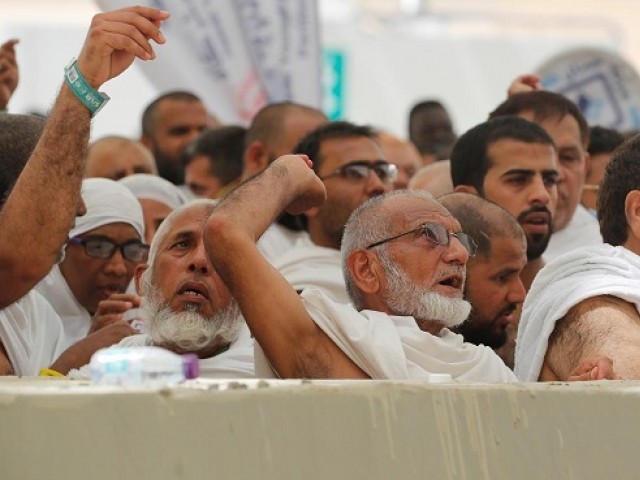 Hajj pilgrims cast their stones at a pillar symbolising the stoning of Satan during the annual haj pilgrimage in Mina, PHOTO: REUTERS

SAUDI ARABIA: Muslims from around the world hurled pebbles at a giant wall in a symbolic stoning of the devil on Sunday, as part of the annual Hajj pilgrimage in Saudi Arabia.

The kingdom has deployed tens of thousands of security forces and medics and is also using modern technology including surveillance drones to maintain order.

Around 2.5 million Muslim pilgrims take part in a symbolic stoning of the devil in the final days of the hajj pilgrimage in Saudi Arabia pic.twitter.com/LoRaHQIf59

Nearly 2-1/2 million pilgrims, mostly from abroad, have arrived for the five-day ritual, a religious duty once in a lifetime for every able-bodied Muslim who can afford it. They are asked to follow carefully orchestrated schedules for each stage of Hajj. 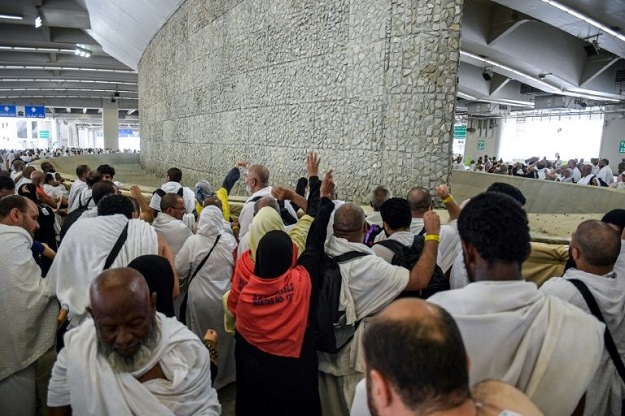 Under close supervision, pilgrims clad in white robes signifying a state of purity converged on Jamarat to perform the stoning ritual from a three-storey bridge erected to ease congestion after stampedes in previous years.

“We pray to God from the bottom of our hearts to bring relief to us and to Syria,” said Muhammad al-Jarak, another pilgrim from Idlib. 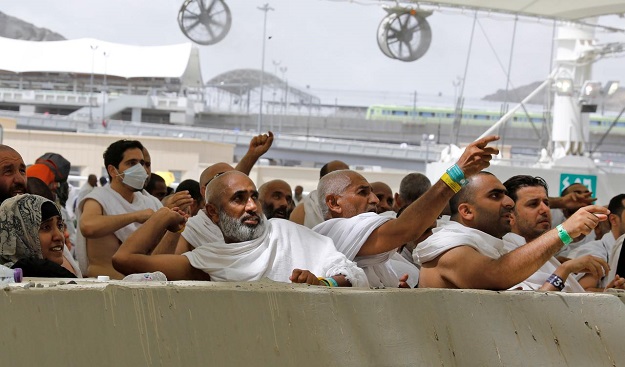 Pakistani pilgrims, meanwhile, expressed concern about Occupied Kashmir after Indian authorities last week revoked the special status of the disputed Himalayan valley which has long been a flashpoint for regional tensions.

“I prayed [in Makkah] for a very strong Pakistani government and nation and for the whole of the Muslim Ummah [community] to be united and strong financially, morally and mentally,” said Syed Sajjad Ali Bukhari, a pensioner living in Canada.

As Indo-Pak tensions flare, a Kashmiri child mistakes a bomb for a toy