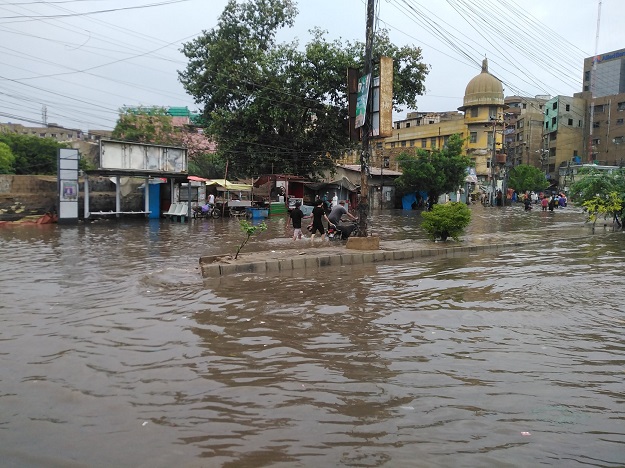 KARACHI: At least 14 people have died in various rain-related incidents as monsoon downpour continues to lash Karachi for a second consecutive day.

Large parts of the city, including almost all major thoroughfares, remain inundated as civic authorities struggle to drain out water that has collected over hours of overnight rain. 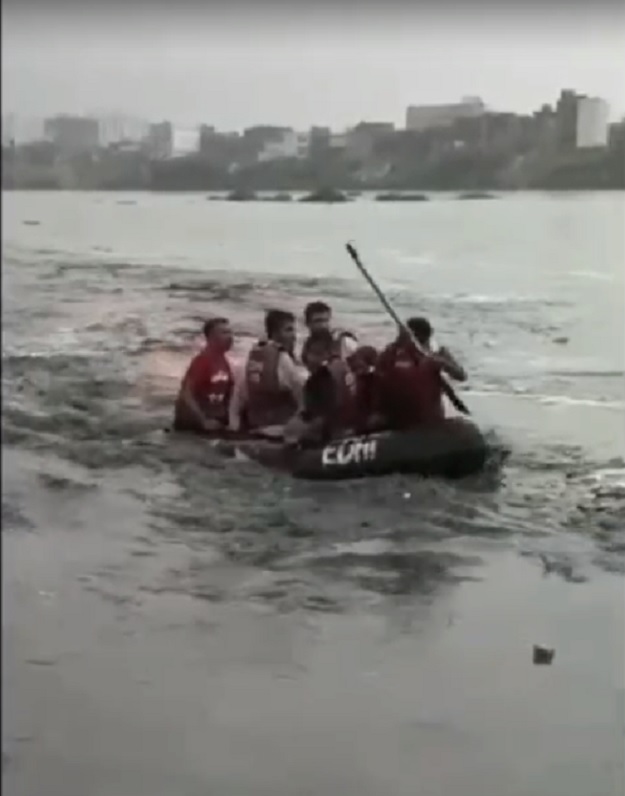 This screengrab shows stranded commuters being brought to safety by rescuers. PHOTO: EXPRESS

Contingents of the Pakistan Army and Sindh Rangers have been called in for rescue operations. Rainwater has also started to flood houses in low-lying areas such as Orangi Town, Landhi, Ilyas Goth, Ibrahim Hyderi, Shah Faisal, Malir, Scheme 33, Rehri Goth and Korangi. 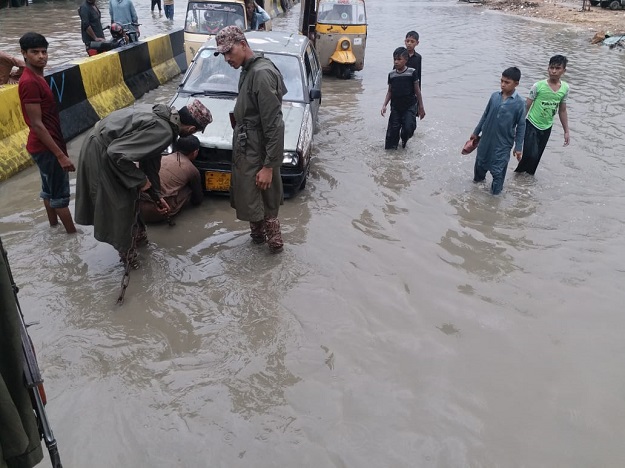 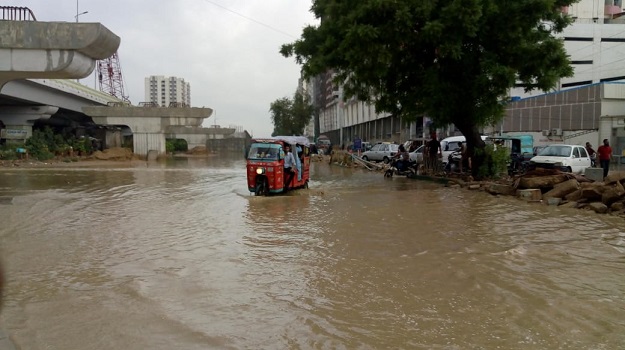 According to rescue officials, eight people have died to electrocution and wall collapses in various areas of Karachi since Sunday morning, raising the two-day death toll to 14.

Three deaths due to electrocution were reported on Khayaban-e-Shahbaz in the upscale DHA area.

The port city’s mayor, Waseem Akhtar, has called for a state of emergency to be declared in Karachi.

Speaking to reporters on Sunday, the mayor lamented the lack of resources and authority allocated to the city’s local government.

He said the Pakistan Peoples Party’s (PPP) provincial government had wrested away powers from the local government and was the one responsible for the abject post-rain situation in Karachi.

“Those who have the authority and resources to serve Karachi are the ones who pay this city the least attention. I demand that Sindh Chief Minister Murad Ali Shah should immediately declare a state of emergency in Karachi,” said Akhtar.

Power supply remains suspended in multiple areas of the city. Early on Sunday morning, the city’s power utility, K-Electric (KE), urged the city administration to declare a state of emergency to deal with the post-rain situation.

Power Update:
Uninterrupted torrential rainfall over several hours has created a critical situation in Karachi and K-Electric believes the city administration should declare a state of emergency. 1/5

KE said efforts were being made to restore power supply but were “severely hampered because of the challenging conditions caused by the relentless rain and water-logging”.

Restoration efforts are also severely hampered because of the challenging conditions caused by the relentless rain and water-logging which is now posing a serious threat to electricity installations. 4/5

The met department has predicted more rainfall in Karachi and other parts of Sindh over the coming hours.

According to chief meteorologist Sardar Sarfaraz, the weather system responsible for the second spell of monsoon rains has started receding towards the ocean but its effects would not subside immediately.

He said more rainfall is likely in Karachi in the evening and later at night on Sunday.

On Monday, he added, showers were expected in the morning but are likely to subside by the afternoon.

Apart from Karachi, the situation remains dire in other parts of Sindh with at least 10 deaths from rain-related incidents reported from different districts.

Three men died due to electrocution in Hyderabad and Jamshoro while a man was struck by lightning in Mirpurkhas district.

Besides, a young man electrocuted to death on Press Club Road in Badin district. Two sisters drowned in a rainwater stream in Islamkot, Tharparkar.

Two persons were injured when the roof of a house in Heerabad, Hyderabad collapsed during the rain. Lightning also struck a village in Diplo taluka killing 17 goats and three cows.