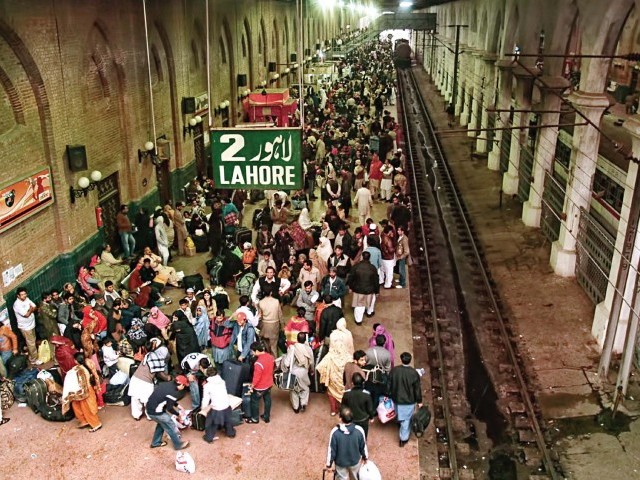 LAHORE: There was a huge rush at intercity bus terminals and Lahore Railway Station on Saturday as a large number of people were leaving the provincial capital to celebrate Eidul Azha with their families in their hometowns.

A passenger named Suleman Khan, who was traveling from Lahore to Bahawalnagar, said that there was a huge rush at the bus terminal. “The fare for all destinations have been jacked up by Rs150-200 per passenger”.

Another passenger, Inayat Hussain, told The Express Tribune that he had been waiting for hours to get a bus ticket for his hometown near Vehari, but could not succeed. “I have missed a chance on three buses, but still trying my luck,” he said. He also complained about overcharging by bus operators and ticket clerks.

Transporters have increased bus fare by 30-40% to fleece common citizens, he said. The passenger added the government should take stern action against this gross violation.

A similar rush was witnessed at Lahore Railway Station as many passengers were also leaving the city to celebrate Eidul Azha with their loved ones.

The district officials also imposed a Rs60,000 fine on transporters who were involved in overcharging passengers. A spokesman pointed out that the district officials checked around 37 vehicles and found 12 buses guilty for overcharging passengers on which each bus was slapped a penalty of Rs5,500. The deputy commissioner has directed officials concerned to check and monitor fares of buses for all destinations.