Locals blame 'djinns' for drowning of women in Indus river

Locals blame 'djinns' for drowning of women in Indus river 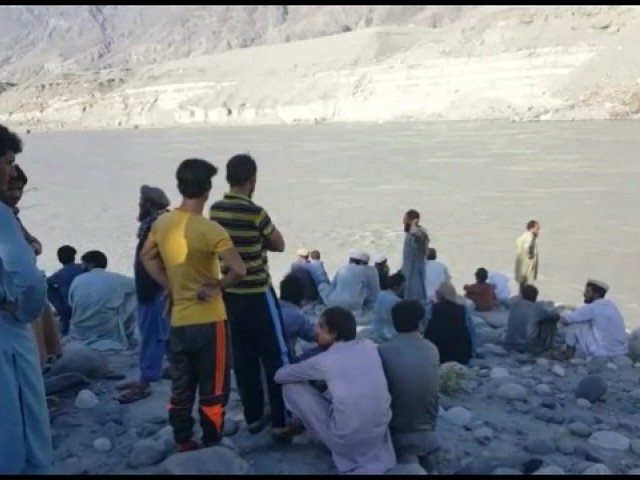 According to Rescue 1122, two bodies had been recovered from the river, while three were still missing. Officials of Rescue 1122 and local volunteers are taking part in the rescue operation. PHOTO: FILE

GILGIT: As efforts are underway to recover remaining bodies of women drowned in Indus River near Gilgit a day earlier, relatives and locals of the area blame “djinns” for the tragedy.

“Everyone in the family knew one of the women was possessed by a djinn,” a local man who introduced himself by the name of Mohammad Khan told The Express Tribune late Thursday, hours after the incident.

“And it’s the djinn who forced her to jump into the river, we are sure about it,” said the man who was like dozens others reached the site of the incident after the news broke out.

He said people generally believed all five women wouldn’t have died without any role of supernatural forces.

According to initial police reports, the incident occurred on Thursday at about 2.30pm at Jaglote Sai, about 50 kilometres from Gilgit.

Safida, 20, Saima, 22, Lal Kalli, 55, Noor Begum, 20, and Wahida, 18 — all relatives — were washing clothes on the riverbank when one of them slipped into the river and the others jumped to rescue her.

According to Rescue 1122, two bodies had been recovered from the river, while three were still missing. Officials of Rescue 1122 and local volunteers are taking part in the rescue operation.

Speaking to The Express Tribune, a senior police official said in the preliminary investigation, the relatives did mention the role of supernatural forces but “we ignored it because there is no such thing in the law.”

“The victims belonged to poor and uneducated families who were basically from Diamer but were settled there,” said the officer.

At the funeral prayers of the two women, local clerics asked people to recite more and more verses from the Holy Quran to save themselves from the mischief of paranormal forces.

In Friday sermon, clerics urged the worshippers to seek God’s forgiveness against the wrath of djinns.