1.  They insist on scoffi­ng at you for being a vegeta­rian, claimi­ng people who don’t eat meat are “losers” or...
By Mishka Murad
Published: June 13, 2010
Tweet Email 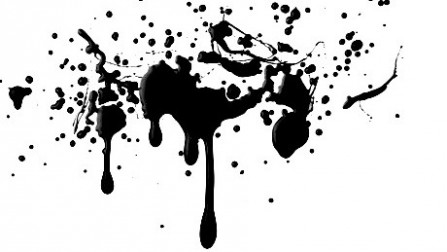 1.  They insist on scoffing at you for being a vegetarian, claiming people who don’t eat meat are “losers” or “stupid”, when in reality they’re secretly jealous because they are lacking the willpower it takes to know you will never be able to eat a cheese burger again.

2. They insist on mocking your food: “what is that, man? Ghaans phoos?” Yes, it is. Now, leave me alone, you cholesterol- packed-carcass-chomper.

3. They think they’re being very intelligent when they say ridiculous things like, “but why eat plants? They have feelings too.” Yes, but those aren’t my politics. My politics extend to not harming animals. Thank you, now you may leave.

5. They come in all forms: “Is Hollywood making you do this to yourself?” (the concerned parent), “But you’re so skinny” (the jealous friend), and my favourite, “Madam aap ghost nahin khatein hain?” (the bewildered and disoriented waiter, who’d rather ask that repeatedly than actually bring you your food).

6. They’re all doctors: “Vegetarianism isn’t healthy.”  There are millions of healthy vegetarians. It isn’t a decision you make lightly, given everything you’re giving up, and we know where to get our nutrients. Oh, and before you ask, yes I know about multivitamins, genius.

7. Their unfathomable logic: “You know animals want you to eat them.” And you know this because you telepathically communicate with cows, right?

9. Many of them associate vegetarianism with Americanism or Westernism. I take it you’ve never heard of yogis? Or herbivores? Do me a favour: Read A Book.Now

10. Upon hearing you’re a vegetarian, they all instantly convert into super pious people: “You know God made animals so we could eat them, right? They’re here to serve us.” And you know this because you and God speak every Saturday, and text on and off the whole week. Three words for you, buddy: We’re done here.