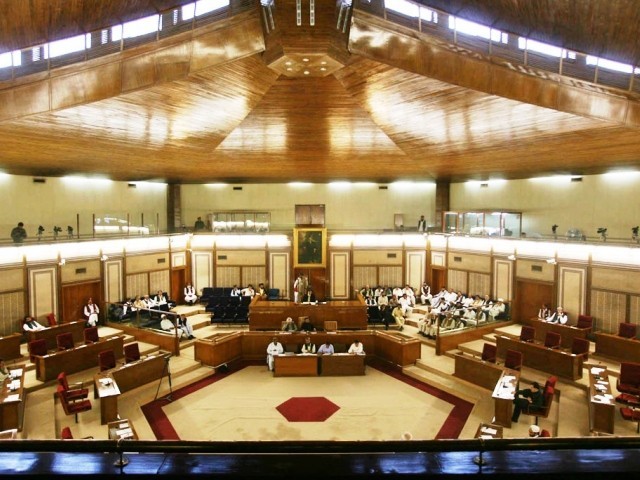 QUETTA  : In order to root out terrorism, the lawmakers of the Balochistan Assembly have demanded of the federal government to fully implement the National Action Plan (NAP) in the province, saying several thousand people from different walks of life have lost their lives while a large number of the injured are paralysed.

The provincial assembly members also paid rich tributes to over 70 people, mostly lawyers, martyred in the August 8, 2016 terrorist attack (suicide bombing) on Civil Hospital, Quetta where the legal fraternity had gathered after the body of Balochistan Bar Association President Bilal Anwar Kasi, who was shot dead by unidentified gunmen, was brought there.

The lawmakers during the assembly session, chaired by MPA Ahmed Nawaz Baloch, offered Fateha for the people who lost their lives in the civil hospital carnage three years back.

“For the last two decades, Balochistan has been facing massive terrorism which has left several thousand people from different walks of life dead and a large number of injured paralysed,” they said, urging the federal government to adopt necessary measures to help root out terror from the province.

They expressed displeasure over non-implementation of Justice Qazi Faez Isa’s commission report on civil hospital carnage, saying instead of implementing it the then provincial government approached the Supreme Court of Pakistan against the report.
Members of the treasury and opposition benches underlined the need for jointly fighting terrorism.

“We have buried more than 80 bodies of BNP-Mengal leaders and workers who were victims of terrorism,” said Akhtar Hussain Langove.

However, Qadir Nayal claimed that since 1999, over 2,000 people of the Hazara community, including doctors, engineers, lawyers, students, businessmen and even women, lost their lives in the terror attacks.
Nayal demanded of the government to set up a commission to probe the genocide of the Hazara community.
Provencal Minister Mir Saleem Ahmed Khosa said, “Hundreds of security personnel of the police, Frontier Corps and Pakistan Army sacrificed their precious lives in the line of duty to protect the masses.”

He said, “Peace up to some extent in the province is the result of those sacrifices rendered by the forces.”

However, BNP-Mengal parliamentary leader Malik Naseer Ahmed Shahwani said his party had always strongly condemned attacks on security forces.
Nasarullah Zerey of PkMAP tabled a resolution on child labour in coal mines during the session.
The resolution stated that underage children had been working in coal mines of the province, which “is in violation of the child labour act”.
Zerey said, “The child labour law makes it clear that children should not be used for labour.”
The resolution sought strict action against coal mine owners. It was unanimously approved by the house.
The Balochistan Assembly also approved another resolution regarding construction of highway between Mashkel to Nokundi in district Washuk.
The house unanimously approved the resolution tabled by Mir Zabid Reki.

The resolution stated that the 110 kilometres Mashkel to Nokundi highway must be given to the National Highway Authority in order to meet the future needs.
“The provincial government must contact the federal government to provide better and safe travelling facilities to the people,” said Reki.
On a point of order, MPA Malik Naseer Shahwani pointed out the problem of water shortage in Quetta and rest of the province.

MPA Asghar Tareen demanded of the provincial government to take action against the Quetta Electric Supply Company for unannounced and prolonged load shedding in the province.