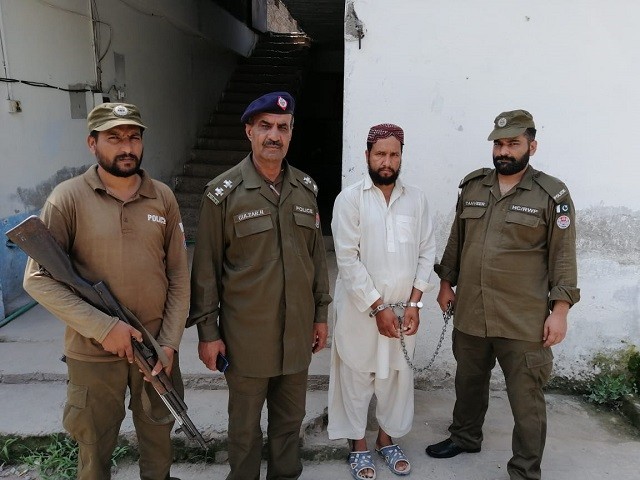 The accused is photographed with police personnel. PHOTO: EXPRESS

RAWALPINDI: A Quran teacher was arrested on Friday, a day after he allegedly thrashed three siblings with a plastic pipe – one of them suffered serious wounds – in Sadiqabad.

The victim, 12-year-old Farhan Haider, along with his two brothers, was physically abused by Qari Wahid who teaches the Holy Quran at his home in the city of Rahim Yar Khan district, Punjab.

Police geared into action after a complaint was filed against the accused by the victim’s uncle Ikhlaq Hussain – a resident of Kari Road.

The first information report (FIR) was lodged a day after the incident occurred.

According to the preliminary investigation, the victim suffered bruises on the arms and legs.