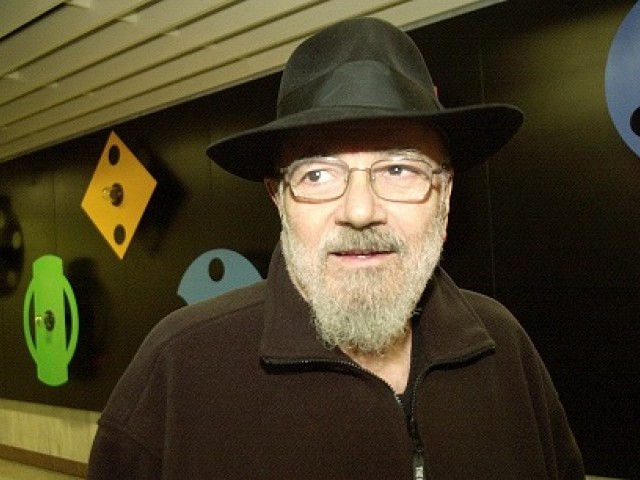 Greek sculptor Takis is seen at an Athens' metro station during the opening of his exhibition in Athens, Greece, January 29, 2001. PHOTO: REUTERS

ATHENS: Greek sculptor Takis, whose kinetic artworks were admired at major art museums around the world in a career spanning over 70 years, died on Friday at the age of 93, his foundation said.

Takis, whose real name was Panagiotis Vassilakis, used technology, magnetism and light to create his pioneering art which also drew on influences from classical sculpture and modernist abstraction.

The Tate Modern in London is currently running a solo exhibition of his work.

“For more than 70 years Takis was a pioneer, an artist whose childish curiosity of the forces of the universe never ended,” Greece’s Culture Minister Lina Mendoni said in a statement.

The Takis Foundation described the sculptor as a prolific and visionary mind who explored many artistic and scientific horizons, redefining the boundaries of art.

“The greatest tribute we can pay today is to continue his visionary path where, to quote Takis, ‘everything is mind and motion’,” the Takis Foundation said.