China to back Pakistan in UNSC on Kashmir

China to back Pakistan in UNSC on Kashmir 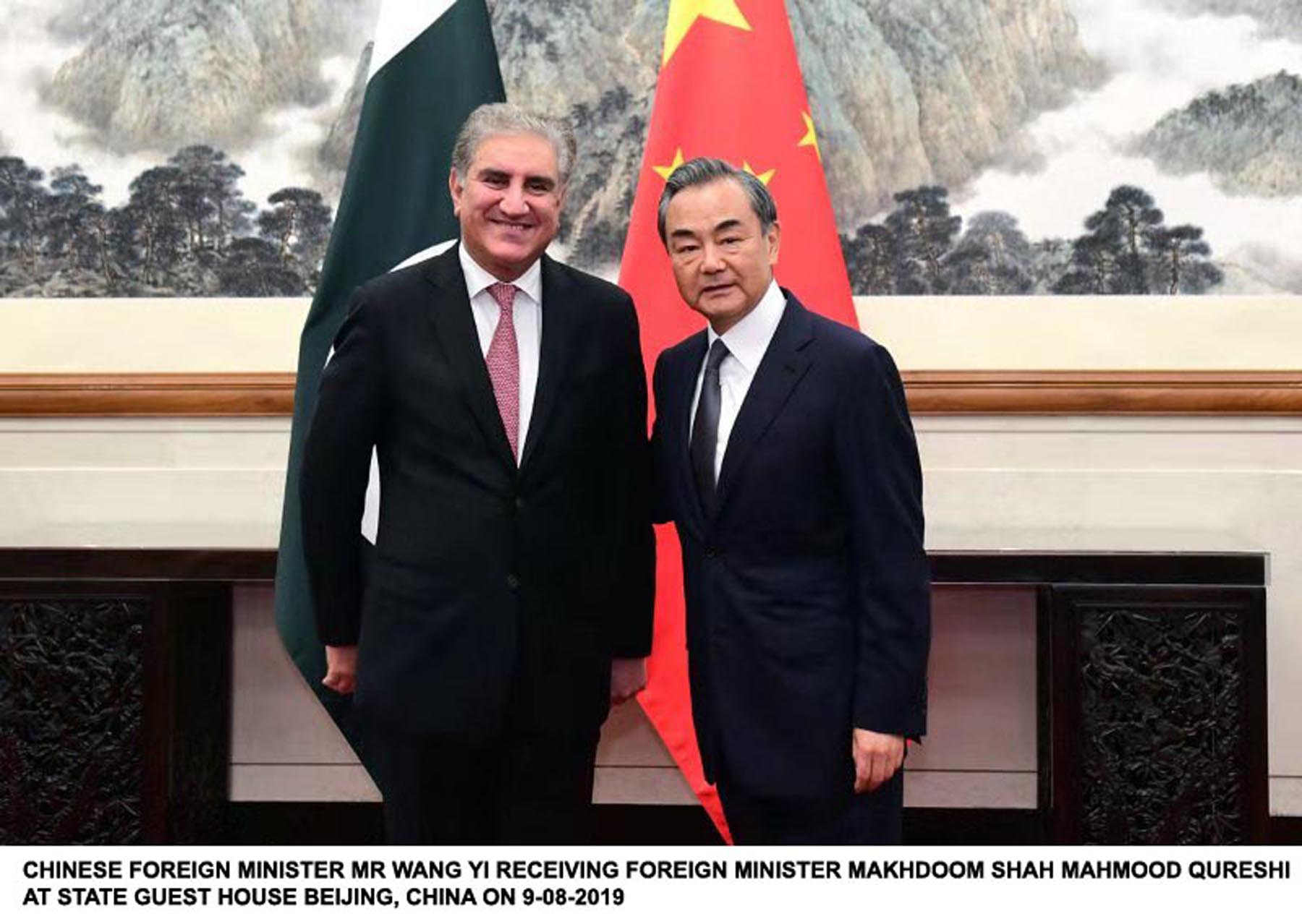 ISLAMABAD: China on Friday threw its weight behind Pakistan in the wake of India’s illegal annexation of Kashmir, saying the longstanding dispute must be resolved “properly and peacefully” based on the UN Charter, relevant Security Council resolutions and bilateral agreement.

Qureshi dashed to China as part of diplomatic initiative by Pakistan to seek support of Beijing in view of the brewing row over Kashmir. The controversy has been triggered by India’s unilateral action earlier this week to do away the special status of disputed Jammu and Kashmir region.

The move drew a strong condemnation from Pakistan, which in response downgraded diplomatic ties and suspended bilateral trade with India.

An official statement issued by the Chinese Foreign Office said Foreign Minister Wang noted that Beijing was seriously concerned about the latest escalation of tensions in Kashmir. He also warned against “unilateral actions” on the issue.

“The Kashmir issue is a dispute left from the colonial history. It should be properly and peacefully resolved based on the UN Charter, relevant UN Security Council resolutions and bilateral agreement,” Wang was quoted as saying. “China believes that unilateral actions that will complicate the situation should not be taken.”

This is the first time China took a clearer stance on India’s Kashmir move. Earlier, Beijing statement was only referred to its dispute with India in the Ladakh region.

Foreign Minister Qureshi said he thanked his Chinese counterpart for a meeting on a short notice. Qureshi briefed the Chinese side on Pakistan’s observations, position and measures in response to the latest development of the situation in Kashmir.

Today I had a strong and conclusive meeting with State Counsellor and Foreign Minister of China, Wang Yi. Pakistan shares a bond of brotherhood with China as further evidenced in the meeting today where China reassured Pakistan of it's support and commitment. 1/3 pic.twitter.com/TXysZnhOKq

China supports Pakistan’s repeated calls for peace and stability and we will work together to highlight the voice of Kashmiris to the world. 3/3

Qureshi said that China is Pakistan’s friend that has long been trusted, and that friendship between Pakistan and China is rock solid. He believed that China would stand up for justice on the Kashmir issue.

Foreign Minister Wang Yi has acknowledged that India’s aggressive stance on Kashmir leaves the people of Kashmir vulnerable and voiceless while also putting the entire region at risk. 2/3

Wang stressed that as all-weather strategic cooperative partners, China and Pakistan have understood and supported each other on issues concerning “our respective core interests”.

“This is a good tradition that should be cherished by the two sides. China will continue to support Pakistan in safeguarding its legitimate rights and interests and uphold justice for Pakistan on the international arena,” the Chinese statement said.

Wang also noted that Pakistan and India were both China’s friendly neighbours and major developing countries that were in a crucial stage of development. “We call on the two sides to proceed from their national development and peace in South Asia, properly resolve historical grievances, get rid of the zero-sum mindset, avoid unilateral action and seek a new path to peaceful coexistence,” Wang stressed.

Qureshi said China once again had proved that it was Pakistan’s “trusted friend” as it fully supported Islamabad’s stance on the recent developments in Kashmir. He said China endorsed Pakistan’s position that India could not take unilateral step to change the status of disputed Kashmir region. “Chinese Foreign minister also agreed that Indian move has threatened the regional stability,” Qureshi said in video message from Beijing.

Meanwhile, Chinese Foreign Ministry’s Spokesperson Hua Chunying on Friday called on India and Pakistan to resolve their disputes through dialogue and negotiations and jointly uphold peace and stability in the region.

Regarding Pakistan’s decision to downgrade diplomatic relations and suspension of trade with India, she said that Beijing noted relevant statement by Pakistan.  “The pressing priority is that the relevant party should stop unilaterally changing the status quo and avoid escalation of tension.”