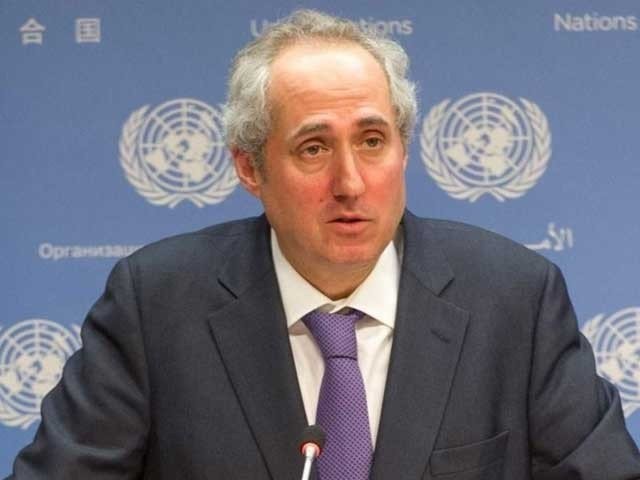 Talking to reporters during a regular briefing at the UN Headquarters in New York, Spokesperson Stephane Dujarric said the United Nations Secretary-General (UNSG) all along maintained that Pakistan and India should resolve all outstanding disputes between the two countries through dialogue including Kashmir.

Earlier, the UN Military Observer Group in India and Pakistan (UNMOGIP) also observed and reported an increase in military activities along the Line of Control (LoC).

In the most far-reaching political move in one of the world’s most militarized regions in nearly seven decades, India on August 5 scrapped a constitutional provision that allows the state of IoK to make its own laws.

Pakistan strongly condemned the decision saying the measure was likely to provoke a backlash in the region.

India also lifted a ban on property purchases by non-residents, opening the way for its civilians to invest and settle there, just as they can elsewhere in India.