‘Deliberation, not war, the solution’

‘Deliberation, not war, the solution’ 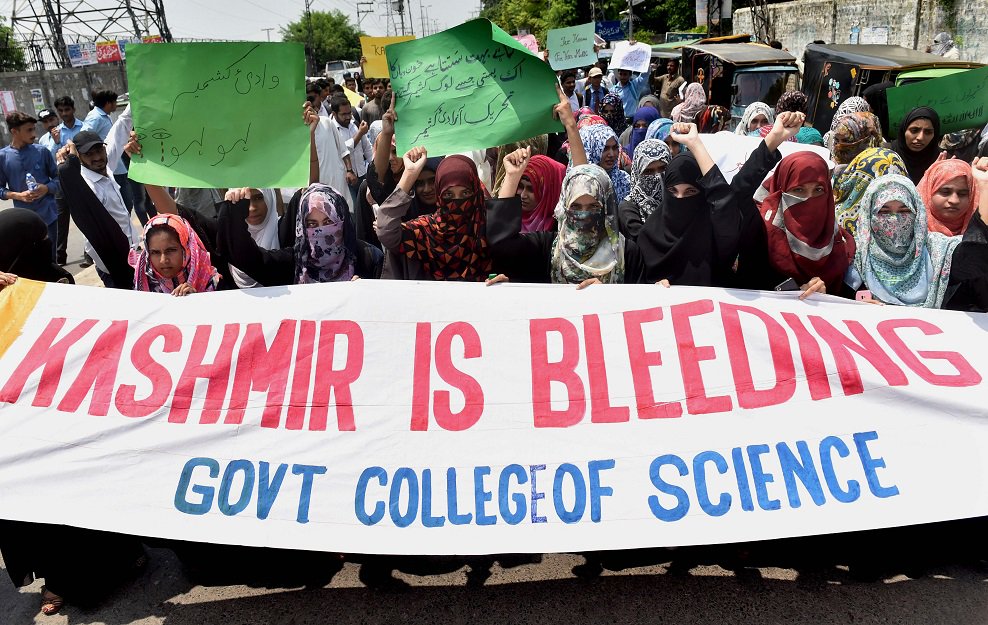 Pakistani Kashmiri chant slogans during an anti-Indian protest at the diplomatic enclave in Islamabad. PHOTO: AFP

LAHORE: Punjab Governor Chaudhry Muhammad Sarwar stated that India should understand that deliberation, instead of war, will resolve all issues.

Speaking to the media on Monday, he said that international organizations should not turn a blind eye to the genocide of Kashmiris and revocation of Article 370.

“Mere paperwork will not change ground realities. Pakistan will not abandon the Kashmiris,” he said.