Changing IOK status was Modi's endgame all along: analysts

Changing IOK status was Modi's endgame all along: analysts 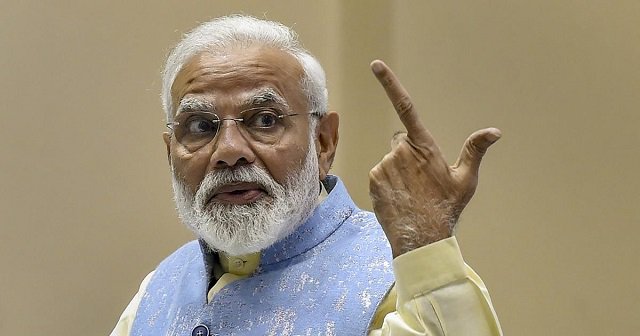 KARACHI: After Indian Occupied Kashmir (IOK) was stripped of its special status by the ruling Bharatiya Janata Party (BJP), political analysts in Pakistan believe this was Prime Minister Narendra Modi’s plan from the outset.

According to them, the move to abrogate Article 370, which granted IOK special status, by the hard-line Hindu nationalist party was ingrained in its 2019 election manifesto. New Delhi’s decision comes in the wake of an indefinite security lockdown in the war-torn valley and its elected representatives being placed under house arrest.

“The Indian government’s move today [Monday] was a deliberate reiteration of their stance on the Kashmir issue,” journalist Amir Ahmed Khan told The Express Tribune.“This was always on the cards. It has been their [the BJP government’s] longstanding position.”

It is what they have always wanted to do to Occupied Kashmir,” said public policy expert Mosharraf Zaidi. He took exception to suggestions that the decision was a knee-jerk reaction to US President Donald Trump’s offer to mediate between nuclear-armed neighbours on the Kashmir issue.

“I am surprised they did not take this step after the Pulwama attack,” said analyst Zahid Hussain. “This has been a long time coming. It’s even been a part of Modi’s election manifesto.” When asked what options Pakistan now has, Amir said that, “In the past whenever we have tried to take an aggressive position on Kashmir with India…it has always backfired on us with the Kashmiri people always losing out.”

“Kashmir is such an intractable issue that you can’t start with it, you have to end with it…if you want to see any headway being made,” he stressed. “The best way forward for us [Islamabad] is to try to highlight Indian atrocities in the occupied territory,” said Zaidi. “Our government should exercise immense restraint and let India dig its own grave through its thuggery.”

He added that Islamabad should continue drawing the international community’s attention to Indian atrocities. “We need to use every platform to underscore why New Delhi needs to deploy 800,000 troops to keep a small valley in check,” Zaidi said.

New Delhi scrambled to revoke IOK’s special status through a presidential decree aiming to “fully integrate” the Muslim-majority region with the rest of India. Fear gripped the war-torn valley with tens of thousands of  Indian troops pouring in to “quell any unrest”.

A security lockdown was in place with local politicians also being placed under house arrest. Phone, internet and cable networks were snapped at midnight of more than seven million people cutting them off from the rest of the world.