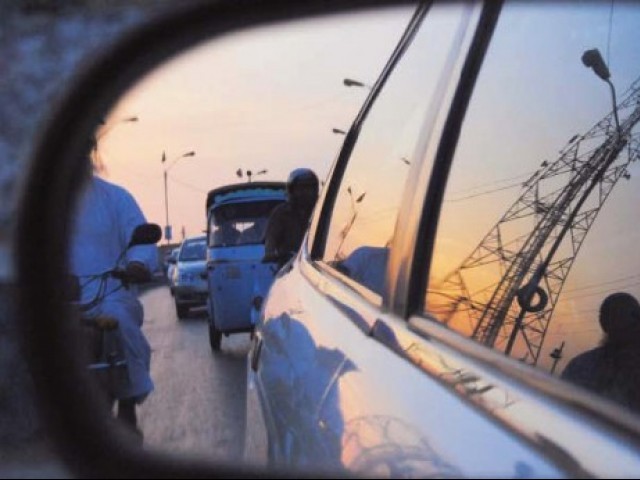 LAHORE: Car and motorcycles theft is not uncommon in metropolises around the world, but the stealing of side-view mirrors is almost unique to Pakistan and its occurrence has increased manifold in Lahore.

According to a spare parts dealer, around 10 to 15 side-view mirrors of are stolen every day on a daily basis. “One out of every two to three motorists registers a complaint of stolen mirrors,” he says.

Samanabad market spare car parts dealer Shakeel Hussain tells The Express Tribune that the theft of side-view mirrors is increasing by the day. “One of the major reasons is that the police do not consider it a crime.”

Hussain points out that in most cases, the side-view mirrors of small Japanese cars are stolen. “They are sold in Lahore’s used goods supermarket called Bilal Ganj at Rs10,000 to Rs22,000.” He shares that if new mirrors are ordered from the company, they cost Rs35,000 to Rs40,000. Similarly, stolen mirrors of larger sedans, such as Japanese hybrids, fetch between Rs25,000 and 35,000 in the used market, while new ones cost Rs65,000.

SSP Investigation Zeeshan Asghar says that several gangs have been arrested for their involvement in stealing cars’ side-view mirrors. “Most of the thieves are drug addicts and steal the mirrors to buy drugs.” Asghar says that the investigations in charge has been ordered to obtain pictures of the accused with the help of CCTV footage of the crimes.

SSP Operations Ismail Kharak says police have arrested several suspects involved in this crime and recovered mirrors worth millions of rupees. He adds most incidents occur when people park their cars outside their houses at night.

Karak continues policemen patrol all areas at night, but they cannot be deployed in every street. “Therefore, citizens should hire watchmen for the safety of cars parked in their streets,” he suggests.

CCTV footage obtained by the police reveals that 90 per cent of the thieves target the latest model cars which parked in quiet neighbourhoods. “It takes them hardly a minute to break the mirrors off.” He advises people should use car covers as it becomes more difficult for the thief to identify the model of car. Also, thieves don’t take the risk of removing car covers, he says.