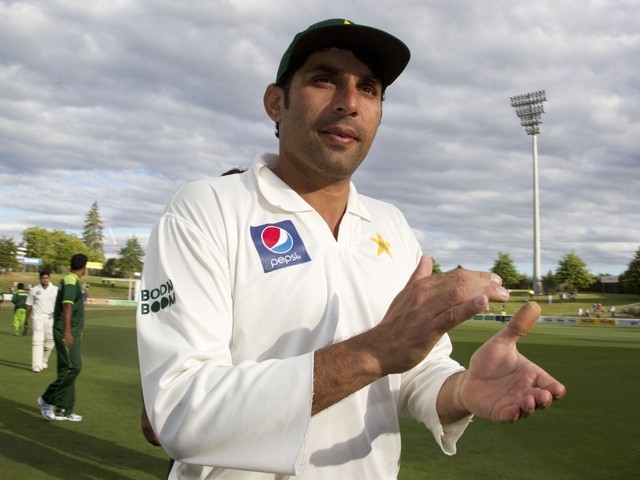 Pakistan cricket’s endless parade of controversies and scandal has made playing for the national team akin to ‘mental torture’, according to captain Misbahul Haq.

Since being appointed Test captain in October after Salman Butt was banned for a damaging spot-fixing controversy during last year’s Test series against England, Misbah has led a team dogged by corruption allegations and political in-fighting.

Following a minimum of five-year bans imposed by the International Cricket Council  on Salman, Mohammad Asif and Mohammad Amir in February, Pakistan have been rocked by the departure of sacked One-Day International (ODI) captain Shahid Afridi, who retired, in May citing differences with the Pakistan Cricket Board (PCB).

“It is a mental torture to go through such things and it affects your performance,” the 37-year-old batsman said in an interview.

“It is bad for Pakistan cricket and people taunt us at home and abroad.”

Misbah, who took over the reins of the ODI side after Afridi, said Pakistan’s players needed a union to educate them and improve communications with their coaches and paymasters in the wake of a number of ugly contractual disputes.

“A players’ association can play a positive role in preparing and grooming players for international cricket and in understanding their contractual obligations,” said Misbah.

“Once the contract is signed it is no use for players to complain about it. These matters must not be discussed in the media, it is better for players to directly speak to the board.”

He added, “A players’ association with the right people in place can do a lot for Pakistan cricket.

“It can improve communication between players, management and board.”

With regards to the Afridi-PCB row – sparked by what the former captain saw as undue interference from coach Waqar Younis in selection matters – Misbah asserted that lines of hierarchy and communication between team management, players and the selection committee needed to be clear and open.

“I think it is important for a captain, coach or manager and players to know their job descriptions and responsibilities very clearly.

“They must know where they stand. They must also be communicating with each other all the time on any issue.

‘Age is no barrier for me’

Despite these troubles, Misbah said he remained fit and passionate about the sport.

“I am mentally up for international cricket. As long as I am performing I will carry on,” he said. “Age is no bar for me.

“I feel a cricketer only matures after the age of 30. Fortunately that is what happened to me.”

Misbah added that he appreciated the determination of all the players and was satisfied with their performance in times of peril.

“I must give credit to the players for adjusting to these pressures and still trying to perform on the field. In that way the performances we have given in recent months are very good.”

Shooting from the mouth: SC summons Sanaullah for anti-Awan remarks