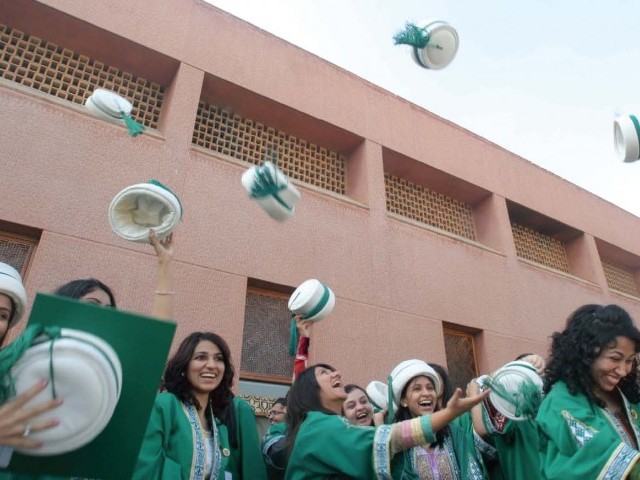 KARACHI: The Aga Khan University (AKU) has been placed among the top 100 universities for clinical medicine and the top 200 for public health in the world.

The rankings were published by the Academic Ranking of World Universities, also known as ShanghaiRanking, which is an annual publication of worldwide university rankings.

In ShanghaiRanking’s Global Ranking of Academic Subjects 2019, AKU is the only Pakistani university featured among the top 500 institutes for clinical medicine and public health.

In public health, the university is placed in the 151-200 group.

“These rankings are recognition of AKU as a role model for health and education in the developing world,” said AKU President Firoz Rasul.

“Even in places where resources are scarce, we aim to meet global quality standards and demonstrate that excellence is a powerful force for transformation.”

An official publisher for ARWU since 2009, the ShanghaiRanking Consultancy is a fully independent body focusing on research on higher education intelligence. The consultancy has released its third round of subject rankings spanning 54 subject areas in 2019.

The rankings are determined by performance in five categories including publications, citations, top journal presence, international collaboration and awards.

An increase in papers published and indexed in major citation indices has been a major factor in AKU’s improved ranking over the past three years.

“We take great pride in these rankings, not only for ourselves but for Pakistan. We will work to use it as an opportunity to enhance clinical care and access to life-saving treatments in the country.”

AKU is a pioneering institution of higher education that works to improve quality of life in the developing world and beyond.

The university operates programmes in campuses in Pakistan, Afghanistan, Kenya, Tanzania, Uganda and the United Kingdom, and treats more than two million patients per year at seven hospitals and more than 350 medical centres.

A study of AKU’s impact in Pakistan, conducted by US-based Centennial Group International, found that AKU has an annual economic impact in Pakistan of $1 billion, and directly and indirectly supports 42,000 jobs annually.