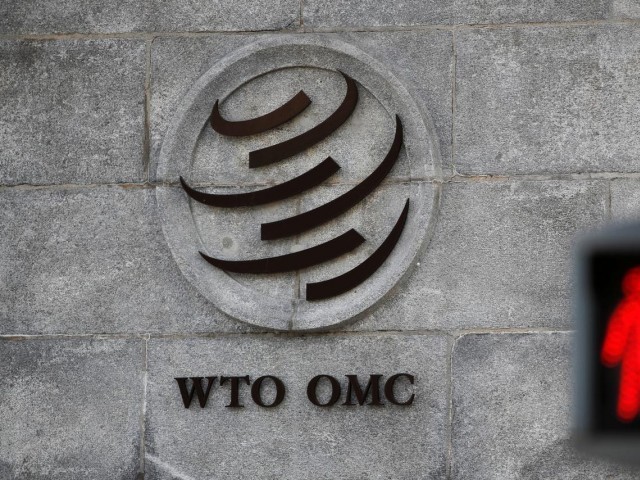 ISLAMABAD: Pakistan is fast losing its standing at the World Trade Organisation (WTO) due to the government’s inability to send a permanent ambassador to the global body after the post fell vacant a year ago.

The selection process for the appointment of ambassador at the permanent mission of the WTO – the global body working to promote rule-based international trade – is painstakingly slow.

The Pakistan Tehreek-e-Insaf (PTI) government circulated the post in June this year. The Establishment Division and the Ministry of Commerce have not yet been able to finalise a candidate out of 15 applicants, according to sources.

The Establishment Division have forwarded the list of the 15 candidates to the Commerce Division for short-listing and interviews, they added.

However, some of the applicants do not meet the selection criteria, sources in the Ministry of Commerce told The Express Tribune. At least three of them are over aged and one is a Grade-20 officer.

All the serving officers of Grade 21 and 22 were eligible for the post, subject to the condition that their maximum age should not be more than 56 years at the time of application. At least one applicant does not meet the experience criterion.

Unlike the last policy when Grade-20 and 21 officers were eligible for the post, the PTI government has decided to pick the candidate from Grade-21 and 22 officers. No Grade-22 officer was among the 15 candidates.

The post of ambassador at the permanent mission of Pakistan at the WTO fell vacant in August last year when the government called back Dr Tauqir Shah. There is also no deputy permanent representative and the mission is run by a Grade-19 officer.

Shah made significant contributions during his stay in Geneva. During his tenure, Pakistan played an important role in WTO negotiations and was also actively engaged with likeminded groups on the sidelines of the WTO.

Shah also arranged visits of the WTO director general and executive director of the International Trade Centre (ITC) to Pakistan.

The spokesman for the Ministry of Commerce was not available for comments.

In the absence of the ambassador, Pakistan was not proactively involved in negotiations for WTO reforms and it sent a junior-level representative to the last three WTO mini-ministerial conferences held on the sidelines of the World Economic Forum (WEF) and the Organisation for Economic Cooperation and Development, said the sources.

Pakistan sent a counsellor-level officer to these mini-ministerial meetings but only the minister and ambassador-level officers can speak at these high forums.

Due to the inordinate delay in sending a new ambassador, Pakistan has lost the chairman and coordinator’s positions at three important WTO and member countries’ bodies over the past more than six months, they added.

The country has lost the chairmanship of WTO’s Committee on Trade and Environment (CTE) – one of the most important eight negotiating groups at the WTO. The negotiations on trade and environment are part of the Doha Development Agenda launched at the Fourth WTO Ministerial Conference in Doha, Qatar, in November 2001.

The next ministerial conference of the WTO is scheduled in Astana, Kazakhstan in June where outstanding issues will be taken up for negotiations by the member countries.

Pakistan has also lost position at the management board of the Advisory Centre on WTO Law (ACWL), which advises its developing country members and least developed countries (LDCs) on all issues relating to the WTO law. Tauqir Shah was a member of the ACWL management board.

All the three positions have gone to other countries because the post had been vacant for a year now.

WTO negotiations, although going at a very slow pace, are largely focused on issues that have a direct bearing on developing countries including Pakistan. Agriculture is one such outstanding issue that has remained undecided for almost two decades now.

Negotiations on cotton, e-ecommerce and domestic stocks are other sensitive areas where the developed countries are pitched against the developing nations.

The WTO is also passing through a critical phase due to trade war between the United States and China, which is now threatening to paralyse the dispute resolution court of the global trade body.