US, Afghanistan and Pakistan — imperatives and alternative views

US, Afghanistan and Pakistan — imperatives and alternative views

Only time will tell if a soluti­on accept­able to all sides will be reache­d
By Inam Ul Haque
Published: August 4, 2019
Tweet Email 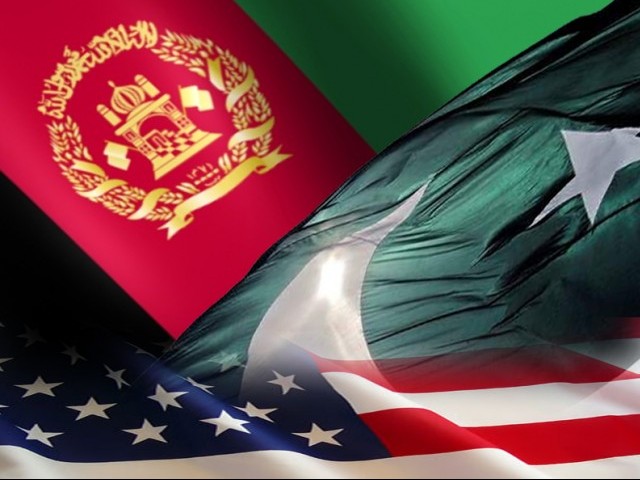 Previously in this space we discussed the nature of likely peace in Afghanistan and the Pak-Afghan relations through a socio-anthropological approach. PM Imran Khan’s US visit has re-focused attention on the eighth round of Doha parleys and beyond. The ensuing analysis attempts to explore imperatives of the situation for and among the three major players.

Considering America’s situation first, Pakistan understands the underlying linkages of the Trump’s charm offensive. Politically, the Trump administration is pressured for a negotiated face-saving exit from the longest war in US history, before the 2020 Elections.

Economically, the war in Afghanistan has been costly, with the maintenance cost of a single US soldier approximating $1 million per annum (2010 estimates). Sluggish economy coupled with the unaccounted billions in war expenses (US Auditor General’s Reports) had compelled saving of about $500 billion in the US military budget; enforced upon the then secretary defense Leon Panetta in 2012-13 — for the next ten years.

A May 2019 RAND report titled “America’s strategy-resource mismatch” highlights significant funding shortfalls in the US National Strategy and military capacity to deal with the full spectrum of challenges like the Russian attack on the Baltics, full-scale fighting in the Korean Peninsula, US decision to commit military to protect Taiwan, conflict with Iran and stabilisation of the Middle East besides Afghanistan. Force mobilisation and positioning is a costly business.

Militarily, there is a tacit understanding that the US has suffered a third defeat at the hands of an insurgency in a generation, after Vietnam and Iraq. The Taliban are ascendant and the US has shifted from counterinsurgency to containment in eastern Afghanistan, fighting only ISIS.

Sociologically, the war has left deep scars. To date, over 2,400 US personnel have died and more than 20,500 have been wounded in Afghanistan alone, out of a total of over 7,000 deaths and above 52,860 wounded worldwide in five major military operations, during the corresponding period. Scores of US veterans suffer from PTSD and related mental ailments, besides resettlement challenges into civilian life. Suicide rates went as high as one per day in 2010-11, forcing US commanders to form the Suicide Prevention Task Force.

Dysfunction within the Trump administration further confuses the already blurred situation. There has been a constant tussle between the Department of Defence (DoD) and the State Department with the latter complaining and resisting against the generals calling the shots. While the CIA and DoD would like to keep a sizeable force in Afghanistan to check Chinese (read CPEC) and Russian influence and to justify the military intervention and the consequent human and capital cost; Capitol Hill and POTUS have different ideas. Congress is wary of the costly venture and would like to wrap it up quickly and amicably. And the US Army contractor community of the Washington Beltway would like to keep the pot boiling and money coming.

All this leads to a decision-making process that is inherently contradictory and unclear. Synchronising US goals in the ensuing detail after any broad agreement would be a challenge.

The Taliban insurgency has not lost tempo and vigour, as seen from the almost daily attacks. They are not tired as conflict for them is internalised, generational and part of everyday life. They have the luxury of time, whereas the Occupation Forces have the watches; to paraphrase an oft-quoted Taliban dictum.

Militarily, the Taliban have responded well to the conventional military model of the Occupation Forces, where time, money and resources correspondingly increase in an inverted pyramid from strategic to operational to tactical levels, with the most expense being incurred at the lower — tactical level. The Taliban seem to have adopted a lop-sided model, with the most effort concentrated at the strategic level using propaganda and social media, complimented at the ground or tactical level with low-cost suicide bombing, small team attacks and IEDs to create the desired effects.

The Taliban can replace combat losses easily and better sustain a relatively less costly insurgency through better war logistics. Their cadre is mainly Pashtun, battle-hardened, not tenure-based like the Occupation Forces and is able to evade violence and undertake low cost retaliation at the time and place of their choosing. Operationally, the Taliban can swiftly achieve force concentration and a better TSR (time, space and relative strength) matrix, since they retain initiative. In the military parlance of Relative Combat Power Potential, they score high on the Motivation/Inspiration Factor, as they fight for a just cause; defending their watan (homeland) and khawra (territory) from the infidels. Their jihad is sanctioned by Islam — the binding force — with the clergy remaining in the vanguard. Sociologically, Pashtuns cede leadership to clergy in times of crises and inter/intra tribal conflict due to the clergy’s neutrality and acceptance. Politically, the Taliban Movement enjoys greater recognition by Russia, China and Iran — who are willing to intercede and mediate.

Consequently, the Taliban in addition to their oft-quoted demands would want to maximise their advantage. Unlike the US, they seem to have very less difference between their minimum and maximum goals. While pressing for Sharia in the interim and subsequent governments, they seem to show some flexibility about the role and status of women and minorities, which at this stage are non-issues for them. If the past is any guide, they would opt for total or predominant role in power-sharing and territorial control, with no or minimum partnership. They are cognisant of the political and military challenges like the disenfranchised Northern Alliance, suzerainty and ISIS’ competing hold over territory. The Taliban rank and file are not likely to settle for anything less. They deem peace settlement without visible, substantial, and mandated gains unworthy of their sacrifices and likely to create fissures.

Pakistan, while under presumed obligations after commitment of PM Imran Khan to President Trump, has seemingly reduced clout to ensure peace on US terms, as previously argued in this space. Sociologically, the Taliban are their own men. Pakistan needs to be careful against over-commitment.

On the other hand — for reasons like the need for regional stability; Pakistan’s military strategy or compulsion to avoid a two-front military commitment against India and a hostile Afghanistan simultaneously; effects of Afghan instability on our economy and the lurking threat of nihilist forces like the IS; and other factors like Pashtun sociology, kinship and easement rights — Pakistan cannot be an indifferent bystander.

We must keep the Taliban in good humour. Diplomatically, we also need to remain positively relevant to the world by being part of the solution here. Only time will tell if a solution acceptable to all sides — especially the Taliban rank and file — will be reached. Diplomacy at best is the calling, while bracing for the continued violence in Afghanistan and beyond.