Says all photog­raphs of his would-be wife circul­ating on social media are fake
By News Desk
Published: August 2, 2019
Tweet Email 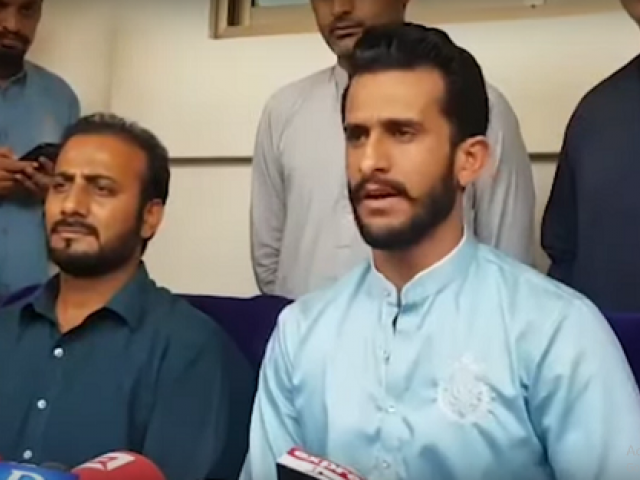 Amid rumours and speculations, Pakistani cricketer Hassan Ali on Friday confirmed he was tying the knot with an Indian girl in Dubai on August 20.

“A simple Nikah ceremony will be held on August 20 in Dubai, which will only be attended by my close relatives and family members,” the cricketer told a press conference in his hometown, Gujranwala.

Rukhsati and Valima events will be held after two to three months in Pakistan, he added.

Responding to queries, the Pakistan bowler said since his family had concerns, he could not show the photograph of his would-be wife Samiya, adding that all photographs circulating on social media were fake.

He would stay in Pakistan after marriage, he said.

Ali said he met the girl a year ago during a random dinner in Dubai, and her honesty inspired him.

“Afterwards, with the consent of my family, I sent a proposal, which was accepted,” he said.

Divulging details about his wedding address, the cricketer said he will be wearing sherwani, a traditional dress.

Another man held for indecent exposure, sexual harassment in Lahore