Actor Ahmed Ali Butt has filed a case agains­t his uncle for not giving his mother's share in proper­ty
By Adnan Lodhi
Published: August 2, 2019
Tweet Email 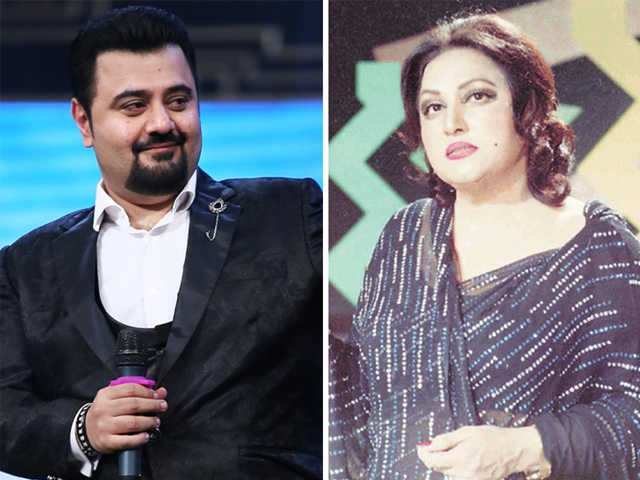 Actor Ahmed Ali Butt, who is the son of Noor Jehan’s daughter Zille Huma has filed a case against his late uncle Asghar Hussain Rizvi for not giving his mother’s share in the family’s mutually owned property, Shahnoor Studio.

The Jawani Phir Nahi Ani actor filed the case in a civil court in Lahore. According to the court proceedings, Justice Naveed Anjum presided over the case and ordered the defendant Asghar Hussain Rizvi to respond by August 17.

It is however pertinent to mention that both Zille Huma and Asghar Hussain Rizvi passed away years ago.

The studio that was once flooded with film stars and shooting equipment now has only one floor allocated to film works. The rest of Shahnoor studio space has been rented out to various vendors and shop owners.

The Queen of melody

Noor Jehan dominated the music and film industry for around six decades. She sang thousands of songs in various languages including Punjabi, Urdu, Pashto, Sindhi and others.

The legendary star was always the first to be considered to playback for Lollywood films and also became the first female film director of the Pakistan’s film industry.

She was born on September 21, 1925, in Kasoor, Punjab. Her official name was Allah Rakhi Wasai and she came from a family associated with the arts.

Noor Jehan was awarded with Sitara e Imtiaz, Tamgha e Imtiaz and Pride of Performance during her career. She passed away on December 23, 2000, aged 74.