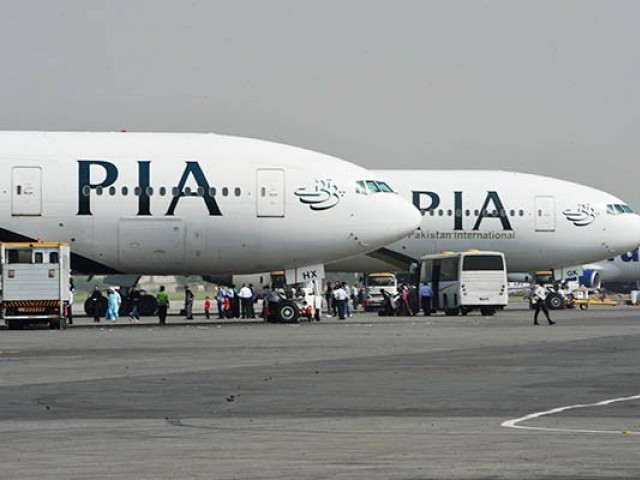 ISLAMABAD: Pakistan International Airlines (PIA) has suffered a loss of Rs1.8 trillion over the past 11 years, mainly covering tenures of Pakistan Muslim League-Nawaz (PML-N) and Pakistan Peoples Party (PPP) governments, which had been in power from 2008-2018.

During that period, the PIA management faced political interference, ‘unjust’ re-routing of flights, manipulation of activities by trade unions and use of flights by heads of state and government.

In a meeting last month, PIA chief executive officer (CEO) told the cabinet that the national air carrier had faced massive political interference during the 2008-18 period, without any consideration of merit. He said unjustified re-routing of flights and manipulation of operational activities by trade unions put the national flag carrier on a downward spiral.

He revealed that PIA had suffered a loss of Rs1,872 billion in the past 11 years, adding that the airline operated 50 flights for heads of state and government from 2012-2017, which caused a loss of billions of rupees.

The government wants to introduce the Voluntary Separation Scheme (VSS) for the employees of PIA, which has surplus staff – one of the reasons for losses in the national flag carrier.

The Aviation Division submitted a strategic business plan for PIA to Prime Minister Imran Khan on April 4, 2019. The premier approved, in principle, the liquidity requirement for mark-up payments as well as the VSS and directed the Finance Division to take further necessary action.

In a meeting on December 30, 2017 headed by then prime minister in the PML-N government, it was decided that the mark-up on PIA’s debt would be picked by the federal government for five years and its payment would be made directly to the lenders.

In line with the decision, an amount of Rs18 billion was allocated in financial year 2018-19, which was given directly to the lenders by the Finance Division.

Now, PIA has requested the government for further cash support as the cost has gone up from Rs18 billion to Rs19.6 billion because of volatility in the State Bank’s policy rate and a massive change in the rupee-dollar parity. The difference of Rs1.6 billion will be utilised to pay mark-up for financial year 2018-19.

A budget estimate of Rs24.5-billion support in financial year 2019-20 had earlier been shared with the Ministry of Finance on the basis of 10.69% Kibor and rupee’s value of 140 against the dollar. However, the demand for the year has now been revised upwards to Rs30.07 billion in the wake of drastic changes in monetary policy and rupee-dollar parity. Government support amounting to Rs9.77 billion was required to meet the VSS expenditure. After the VSS process is started, it will result in savings of Rs5.057 billion per annum.

During discussion in a meeting of the Economic Coordination Committee (ECC) last month, it was pointed out that Hajj flights for 2019 had started and VSS implementation would jeopardise Hajj operations at this point in time. Therefore, the decision was put off with the directive to submit the proposal again after Hajj operations.