Estima­ted time for the comple­tion of the projec­t will be three months­
By Rizwan Asif
Published: August 2, 2019
Tweet Email 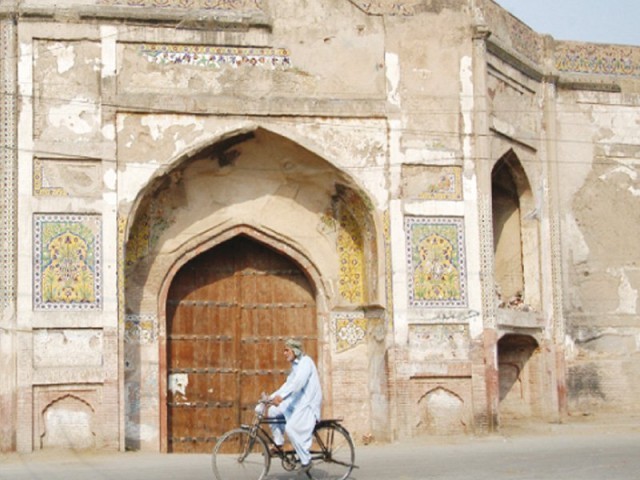 LAHORE: In a bid to beautify and restore the green areas surrounding the historical buildings and monuments of Lahore, the Punjab Archaeological Department has decided to collaborate with the Parks and Horticulture Authority (PHA) through a new project.

The estimated time for the completion of the project will be three months, while the PHA will take another 21 months to ensure the maintenance of the newly-renovated lawns and gardens.

Under the proposed project, the areas marked for restoration and renovation include the lawns surrounding the tomb of Jahangir, the tomb of Asif Khan, the Akbari Gate, the Chauburji Park and the Shalimar Gardens.

According to the details of the project, maintaining the green areas surrounding the historical buildings and national monuments is primarily the responsibility of the archaeological department. However, due to a lack of care, the areas have been suffering from a dearth of trees, plants and flowers which, in turn, have rendered the historical buildings lifeless.

‘The only way to build is up’

“The PHA previously renovated the gardens of Nur Jahan’s tomb on behalf of the archaeological department. They now look breathtakingly beautiful,” the chairman of PHA Lahore, Yasir Gilani, told The Express Tribune. “As compared to that, the tomb of Jahangir – situated right next to the tomb of Nur Jahan – shows clear signs of negligence.”

To restore the beauty of the national monuments and historical buildings, the archaeological department has prepared a PC-1, which will incur a cost of about Rs250 million. Out of the total, Rs18.9 million will be spent on horticulture, while Rs60 million will be invested on engineering works.

Per the PC-1, beautifully-designed wooden benches and dust bins will be installed in the lawns for tourists and measures will be taken prevent gardens from being littered.

The old debris and soil will be excavated out of the 120,000 square-feet lands where the tomb of Jahangir, the Akbari Gate and the tomb of Asif Khan are located and a new water stream will be installed there. Moreover, a water turbine will also be set up to provide an uninterrupted supply of water to the gardens.

According to the plan, some 68,000 types of plants, trees and flower species will be planted in the compound to add to the aesthetics of the lawns.

Estimates show that the engineering works will cost Rs6.2 million, the renovation and beautification of the Chauburji Park will cost Rs3.5 million, while Rs4.7 million will be spent on the installation of the latest lighting system.

That apart, over Rs100 million will be spent on planting various types of grass, trees, plants and flower beds in the iconic Shalimar Gardens.

“If the project is handed over to the PHA, we will make sure to restore the beauty of the historical places in the best possible way,” Gilani concluded.

PMDC chief admits no role in expulsion of four members