Trump's son gets 'Victory' with horse from Mongolia

Trump's son gets 'Victory' with horse from Mongolia 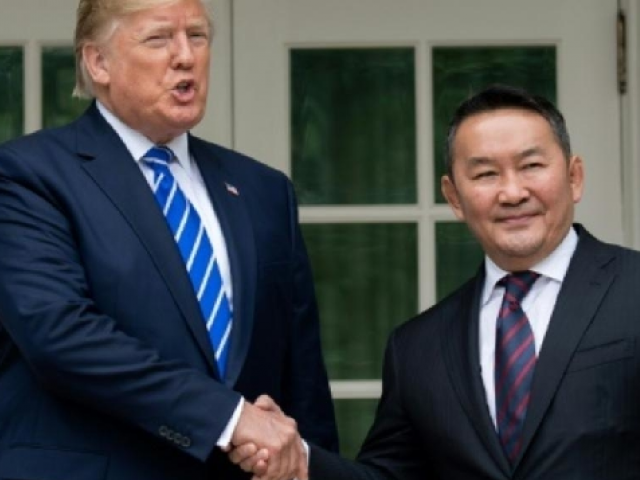 WASHINGTON: President Donald Trump’s 13-year-old son Barron can declare a win with his latest possession – a horse gifted on Wednesday by the visiting president of Mongolia.

Trump told reporters that the animal, which is in fact unlikely ever to make the long journey to the United States (US), had been named ‘Victory’.

“Thank you very much for the horse,” Trump told President Khaltmaa Battulga after greeting him at the White House.

The horse, which is the latest in a long run of horses given as symbolic or sometimes actual gifts by Mongolian governments, looks ‘beautiful’ in a picture, Trump said.

The US sees Mongolia, a vast, but sparsely populated country between China and Russia, as having increasing strategic importance.

It is home to rich reserves of natural resources, including the rare earth minerals used in high-tech electronics.

Trump, who frequently touts his combative nature in politics and in business boardrooms, praised Mongolia’s formidable reputation in wrestling, judo and other martial arts.

US immigration agency names Venezuelan minister among ‘most wanted’