An MLA shared the video with the captio­n that read, 'And these drug addict­s are role models of millio­ns'
By Entertainment Desk
Published: August 1, 2019
Tweet Email 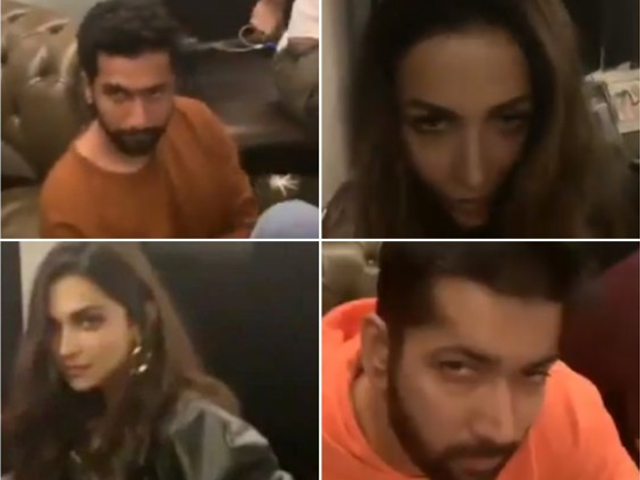 A video of the ‘Saturday night vibes’ party went viral after film-maker Karan Johar shared it on his Instagram. This however, didn’t go down too well with the Akali Dal MLA Manjinder S Sirsa.

Watch how the high and mighty of Bollywood proudly flaunt their drugged state!!

Sirsa slammed several Bollywood actors for flaunting a “drugged state” at the party.

Another posted on KJo’s video, “Everyone is stoned”.

However, a former minister Milind Deora, called out Sirsa and claimed no one was drugged at the party.

“My wife was also present that evening (and is in the video). Nobody was in a “drugged state” so stop spreading lies and defaming people you don’t know! I hope you will show the courage to tender an unconditional apology.” he tweeted.

My wife was also present that evening (and is in the video). Nobody was in a “drugged state” so stop spreading lies & defaming people you don’t know!

I hope you will show the courage to tender an unconditional apology https://t.co/Qv6FY3wNRk

The video has been doing rounds on social media since then and has made people raise serious questions about the personal lives of these public figures. Shot by Johar at his party, the video features stars such as Deepika Padukone, Arjun Kapoor, Vicky Kaushal, Varun Dhawan, Malaika Arora, Shahid Kapoor and Ayan Mukerji and others.

In the video, all of them can be seen dancing to the music in the background.  After watching the video, several social media users started speculating if the stars in the video were tipsy or as the MLA said, in a ‘drugged state.’

One popular Twitter handle shared the video with the caption that read, “And these drug addicts are role models of millions.”