The provin­cial inform­ation minist­er has allege­dly taken $25 millio­n from the US govern­ment
By Shahid Hamid
Published: August 1, 2019
Tweet Email 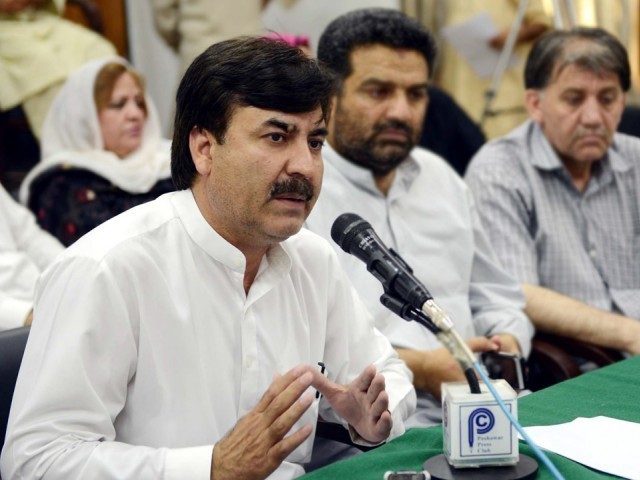 PESHAWAR: The Awami National Party (ANP) on Wednesday served a defamation notice worth Rs100 million to the provincial information minister for levelling corruption allegations against the party’s president.

Lawyer Abdul Latif Afridi, on behalf of ANP President Asfandyar Wali Khan sent the notice to Khyber-Pakhtunkhwa (K-P) Information Minister Shaukat Yousafzai for claiming that the party chairman had allegedly taken $25 million from the US government through an agreement during the tenure of the ANP government to destabilise the Pashtun belt at the height of militancy.

Referring to multiple video snippets and newspaper clippings, Afridi said that Yousafzai was quoted as having made the allegations against the ANP chief during a news conference on July 25 to react to the ‘black day’ protests staged by all opposition political parties.

The legal notice stated that the words uttered by the provincial minister had tarnished the reputation of the ANP chief, his family, Bacha Khan and Wali Khan.