‘Women can play a crucial role in countering violent extremism’

‘Women can play a crucial role in countering violent extremism’ 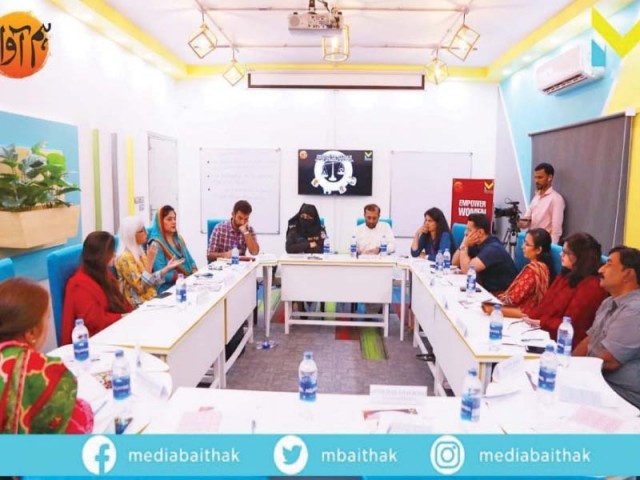 This view was expressed by participants at a round-table conference organised by Media Baithak on Tuesday with the aim of enhancing women’s role in countering violent extremism, and to prepare a policy draft for legislative reference.

The participants stressed that this approach encompassed critical elements for sustained peace.

Referring to the traditional role of women in society, journalist Zofeen T Ebrahim said that women are able to take into account other points of view. “This creates an environment where issues can be discussed openly and analysed, with pros and cons assessed for all parties,” she said. She stressed for the involvement of women in the cause at a grass root level.

The meeting noted that women constitute only two per cent of mediators in conflict resolution and eight per cent as negotiators in Pakistan. Out of 1,500 peace and political agreements only 25 have discussed the role of women in implementation, observed the participants.

“Apart from sensitisation of political party workers and parliamentarians, we need to bring women in the assemblies on direct seats from general elections to become legislators and decision makers,” said politician Farooq Sattar.

The participants noted that Pakistan is a signatory of the United Nations resolution 1325 which reaffirms the role of women in the prevention and resolution of conflicts, peace negotiations, humanitarian responses and post-conflict reconstruction.

The involvement of women in conflict resolution could only be achieved by providing equal opportunities for education, observed the participants.