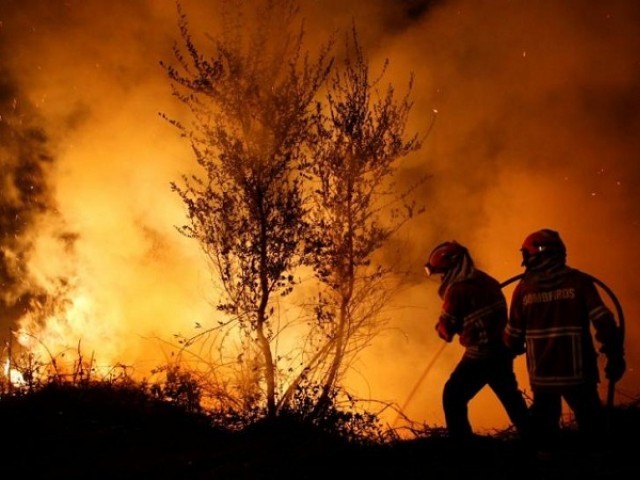 PESHAWAR: The provincial government has set up a committee to probe incidents of forest fires in the province which had wiped out around a million trees.

This was disclosed by Khyber-Pakhtunkhwa K-P) Chief Minister Mahmood Khan on Tuesday as he formally inaugurated the Monsoon Tree Plantation Campaign in the province by planting a Chinar Tree (Platanus orientalis) in the Peshawar Zoo.

“Those found involved [in deliberately setting forests on fire] will be brought to justice,” Mahmood said, adding that the probe committee will investigate forest fire incidents and affix responsibility.

He added that his government has also taken pragmatic steps against the timber mafia, bringing deforestation to a halt in the entire province.

Earlier while addressing the plantation ceremony, Mahmood said that the provincial government had planted some 1.208 billion trees against their target of a billion trees in the last tenure of their government. He added that they managed to achieve that feat by the efficient management, dedicated teamwork and the active participation of the community.

That campaign, he said, had helped increase the forest cover in the province by 6.3 per cent along with providing job opportunities to some half a million people in the province.

The CM further said the incumbent federal government has embarked on a challenge of planting 10 billion trees across the country over the next four years, of which the K-P government will plant a billion trees.

He urged the public to participate in the plantation campaign and become a part of the green movement which is meant for the better future of incoming generations.

“Environmental changes are no longer under debate as the effects of global warming have become obvious by every passing year and it is our duty, not only as a Pakistani but also as a human being to undertake measures for the betterment of humanity as a whole,” he said.