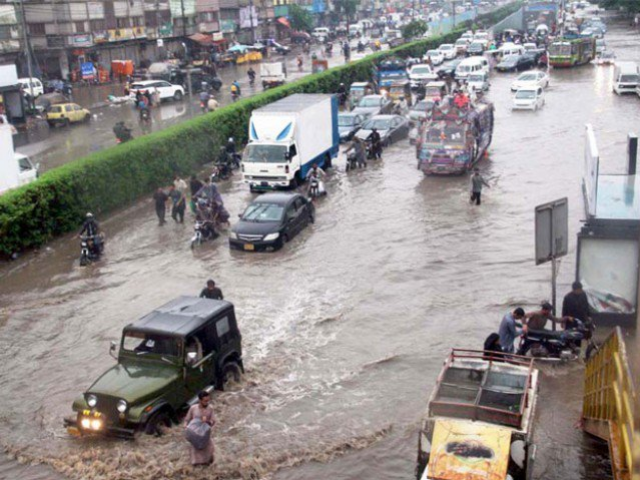 PESHAWAR: With at least 10 people killed over the past week in torrential rains and glacial lake outburst flood, the provincial government has conducted a detailed study on climatic changes in the province and preparing contingency plans to avert human and material losses.

The study, conducted by the Provincial Disaster Management Authority (PDMA) and presented to the Khyber-Pakhtunkhwa (K-P) Chief Minister Mahmood Khan in a briefing on Tuesday, showed that K-P is prone to natural hazards such as floods, earthquakes, landslides, heavy winds and cyclones with a potential for extensive damage to both life and property.

Further, the government study ranked the province as most-vulnerable to climate change due to erratic weather patterns, above-normal rainfall and gusty winds in many parts of the province.

The study further found that the average temperature in the province has increased apart from a shift in the monsoon period in the mountainous regions of the province.

Besides natural disasters, the PDMA study showed that the province has also suffered anthropogenic disasters over the past decade in the shape of militancy and terrorism.

Temperature and weather variations further add to the vulnerabilities of the province. The rising temperatures also give rise to fears of resultant disasters such as glacial lake outburst floods (GLOF) as was most recently seen in Chitral which damaged several houses and washed away several bridges. Chitral, it said, has glacial cover spread over 4000 square kilometres and is the second-largest glacial inventory in Pakistan after Gilgit-Baltistan.

The report, which was recently presented to K-P Chief Minister Mahmood Khan noted that GLOF poses serious threats and challenges to the mountainous communities in remote areas. The most telling incident in this regard was the 2010 floods which wreaked havoc in the province. During that event, the Federal Flood Commission estimated that the combined flow of water in the Swat and Kabul rivers had reached 400,000 cusecs, far higher than the previous high of 250,000 cusecs in 1929.

The provincial government has also framed a climate and disaster contingency plan for 2019, which shows that due to the peculiar geography and terrain of the province, it is increasingly vulnerable to the climatic hydro-meteorological hazards.

This plan has been prepared following a series of consultative meetings with district administrators, provincial and federal rescue and emergency response agencies and departments which work in the province, Pakistan Army, Peshawar Engineering Corps 11 and a number of humanitarian organisations, including the United Nations Office for the Coordinator of Humanitarian Affairs (UNOCHA), Pakistan Red Crescent Society, DRR Forum and the national humanitarian network.

The contingency plan simulated various disaster scenarios, including high, medium and low flood impacts. To respond to monsoon hazards in an articulated and coordinated manner, this plan can help and provide guidelines to the provincial government to identified and locate all available resources (both public and private).

Data from the three scenarios have also been augmented by the inclusion of other factors such as the population of a district, infrastructure and accessibility.

With the Pakistan Meteorological Department forecasting further rains, the PDMA said that it is undertaking efforts to strengthen the district administration by making available resources and other relevant support for immediate response.

Further resource mapping of all relevant stakeholders has been deemed an integral part of the contingency plan to help intensify resource availability vis-à-vis, all stakeholders that will be required for a swift response.