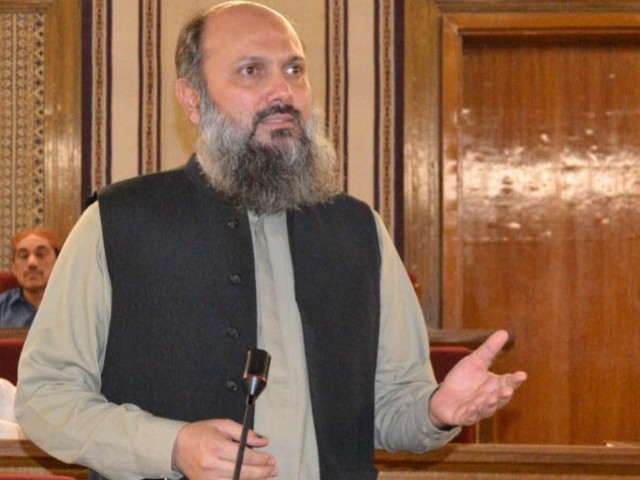 QUETTA: Balochistan Chief Minister Jam Kamal vowed to turn around productive departments including livestock and agriculture, which he said had been ruined “due to the previous governments’ fondness to focus on departments working on development projects to the ruin of the provincial economy”.

He expressed these views while chairing a meeting to review development programmes of Balochistan for the current fiscal year.

Kamal also instructed the agriculture department to make efforts to turn around the industry and directed it to introduce new crops that were suitable for cultivation in Balochistan’s environment.

“We need to establish new nurseries and help local farmers by providing them the resources to cultivate pistachio, olive and saffron in Balochistan,” he said, while emphasising the importance of expanding the crop base.

“The provincial government is working on policies that will help stabilise the provincial economy and yield new jobs for the youth.”

The chief minister stressed upon the use of modern technology and equipment in levelling agricultural land, and directed the department to develop a plan for a tractor scheme.

He also directed the education department to work on state-of-the-art architecture in establishing schools and college.

He also called for immediate implementation of setting up special zones for the marble-related work in Gadani, Loralai, Khuzdar and Chagai and directed the industry department to allot land only to local industrialists.

Highlighting the mines and minerals industry, Kamal also ordered the setting up of training centres for projects related to mineral resources. “We should have skill development programmes for the provincial youth as it would help in providing employment and reducing poverty,” he added.

The irrigation department informed the meeting that 181 projects have been included in the provincial fiscal year, including reservoirs and dams, while 40,000 acres of Bolan Dam land in district Kacchi would be irrigated.

Officials of the public health engineering department informed the meeting that 516 new water schemes have been included in this year’s budget, including those of transitioning tube wells to solar power in order to fill the energy need.

The health department shared details of health-related projects, including the initiated of 62 new schemes across the province. “Teaching hospitals will be constructed in Khuzdar, Turbat, Loralai while district headquarters’ hospitals will be get an equipment upgrade, including dialysis machines and mobile health units.”