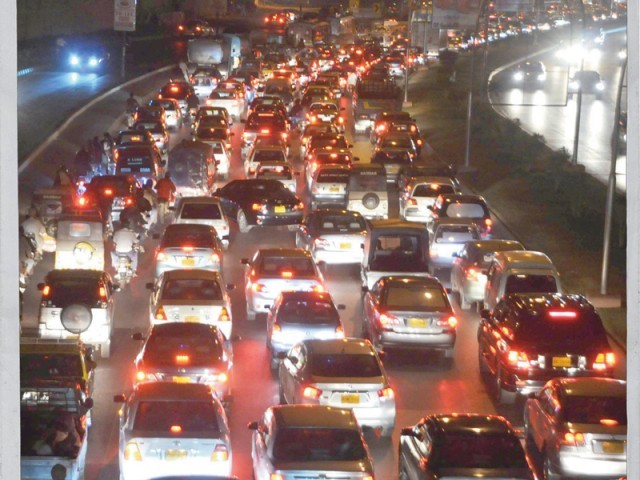 PESHAWAR: With the residents of the provincial capital waiting with bated breath for the mass transit project to commence working, the under-construction project meanwhile has proved to be a nightmare for motorists. As a result, the provincial chief minister on Monday directed authorities to devise a comprehensive traffic management plan to resolve congestion in the city.

He sought within 15 days a detailed report highlighting all traffic related issues in the city.

This was directed as Khyber-Pakhtunkhwa (K-P) Chief Minister Mahmood Khan chairing a meeting regarding traffic management plan for Peshawar.

During the meeting, CM Mahmood directed the Peshawar District Administration, the Peshawar Development Authority (PDA) and the provincial police department to undertake immediate measures to ensure the smooth flow of traffic in the city.

In this regard, he said that an inclusive strategy must be evolved for the traffic in the provincial capital to ensure optimum management and utilization of available resources.

Mahmood added that the new traffic management policy must be executed in letter and spirit, adding that pragmatic steps should be undertaken by the PDA to resolve issues about the drainage system in the city.

Further, he said that trees must be plantation along the Grand Trunk Road to minimise pollution.

All concerned departments were told to work collectively to resolve the issue of traffic congestion in the provincial capital and to ensure free and efficient flow of traffic in the city.

The meeting was also briefed about the overall development of Peshawar, services delivery, comprehensive traffic management strategy, short term and long term policies for resolving traffic congestion. The Chief Minister was informed that traffic signals would be introduced at all crossroads in Peshawar.