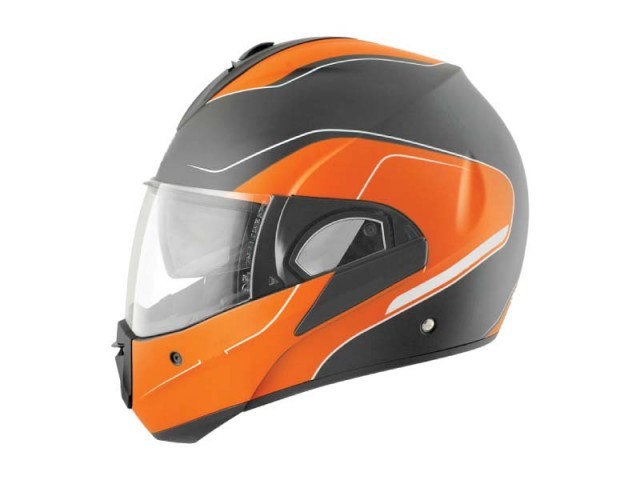 KARACHI: Owing to the campaign run by the traffic police and increasing bike sales, the number of helmet manufacturers has jumped from just two to 23 in two years.

Traffic police in Karachi and Lahore have been running a “helmet drive” for about a month now and have slapped fines of millions of rupees on thousands of riders. Authorities have also arranged low-cost helmets for Rs1,000 per piece, in collaboration with local businessmen, and have sold 5,000 to 8,000 helmets per day.

“Pakistan has millions of bikes on roads and about 50% of the owners do not wear helmets,” said All Pakistan Motorcycle Assemblers Association President Sabir Shaikh.

Prices for helmets have not shot up this time around, contrary to the previous such drive, when prices soared and many traders imported helmets worth billions of rupees from China. After the end of the drive, they found themselves over-stocked.

Now, they are selling the over-stocked helmets at cheap prices and are not making much profit.

Owing to the increasing demand, the number of local helmet manufacturers rose from two to 23 in Lahore and Karachi, he said.

“Helmet manufacturing business needs about Rs10-million investment,” revealed Shaikh. For manufacturing helmets, melding machine worth Rs3 million is the main investment, followed by at least Rs2 million worth of raw material. For importers, however, less investment is required as one container costs around Rs2.5 million.

A vast majority of Pakistanis do not wear helmets, citing persistent hot weather in the country. However, in neighbouring countries like India and Bangladesh, which have similar weather, the people are compelled to wear helmets as the government does not allow them to drive motorcycles without helmet.

In these neighbouring countries, even the pillion-rider wears helmet in order to avoid serious injuries in case of an accident.

“Due to the peculiar mentality about wearing helmets, it has become a seasonal business in Pakistan. September to February constitutes the helmet season, when the traffic police’s campaign is in full swing,” said Shaikh.

After the campaign, helmet prices, whether local or imported, go down.

“So far, helmets of international standards are not available in Pakistan,” he said. “When people start wearing helmets regularly, standardised helmets will also find business in the country.”

Although helmets of international standards are costlier, they remain in good condition for years whereas low-quality helmets last only a short period of time – one year at most.

“When you see those high-standard helmets, you develop interest in wearing them,” said Shaikh.

High-quality material is used in those helmets. Visor is made up of glass like that of eyesight glasses and chin cover, which is important in helmets, is made up of soft rubber.