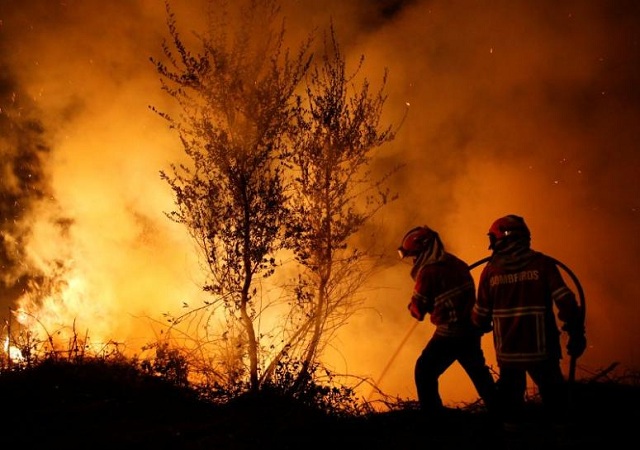 PESHAWAR: Khyber-Pakhtunkhwa lost more than 1.2 million trees to forest fires in the 2018-19 fiscal year, suffering a blow of over Rs27.2 million, the province’s forest department has confirmed.

The department has already carried out a departmental inquiry into the development, according to senior officials associated with the provincial government wing. However, due to rhetoric from opposition parties that the trees burnt were part of the Pakistan Tehreek-e-Insaf’s much-vaunted ‘Billion Tree Tsunami’ project, the department wants the matter probed again by a joint investigation team (JIT).

“Our department carried out a departmental inquiry already, but we have still requested K-P Chief Minister Mehmood Khan to form a JIT so that a comprehensive inquiry is conducted by independent people,” a senior official dealing with the forest department told The Express Tribune.

The forest department has divided the forests of K-P into three regions, namely Central Southern, Hazara and Malakand. According to official forest department documents available with The Express Tribune, as many as 88,708 trees were reduced to ash by fires in the Central Southern region which comprises the Peshawar, Mardan, Charsadda, Kohat, Bannu, Dera Ismail Khan, Lakki Marwat and Nowshera districts.

“If we calculate the amount, the loss is around Rs27million with Rs9.8million inflicted in the Central Southern region, Rs17million in Hazara and Rs360,000 confirmed from the Malakand Region,” the official said.

Requesting anonymity since he was not entitled to speak to the media, he said that the forest department has registered 27 cases against various suspects even though the department is not tasked with protecting trees from fires. Nine of these cases were registered in the Central Southern region, 13 in Hazara and five in Malakand. Fires have also been reported in meadows and grasslands in Swabi and Nowshera, he added.

To cope with the threat of forest fires, the forest department has framed standard operating procedures for blazes at ground and canopy levels. Prevention and containment of such incidents in both state forest land and other areas with vegetation will be overseen by a divisional forest fire management team headed by the commissioner concerned. The team will impose Section 144 from May to September every year to ban fireworks, campfires and any other activity that increases risks of forest fires.