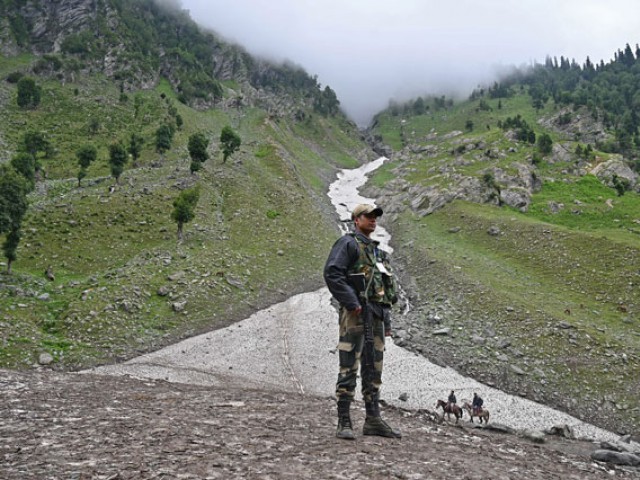 SRINAGAR: Tensions in Indian occupied Kashmir (IoK) rose on Sunday over the weekend deployment of at least 10,000 paramilitary troops to the troubled region despite authorities’ assertions the move was routine.

India maintains a deployment of 500,000 soldiers in the Muslim-majority Himalayan region. The region has seen a resurgence of hostilities in recent years, while locals are fearful about the loss of special privileges after India’s Supreme Court last year began hearing a case challenging a constitutional provision.

A senior security official, speaking on condition of anonymity, said the deployment was to guard against possible protests about a decision or event, without giving further details.

He added that India’s security set-up in IoK was “being re-oriented like never before”.

Locals said they were worried Indian Prime Minister Narendra Modi’s government wanted to set aside a constitutional provision — Article 35A — which would allow Indians from outside the disputed territory to buy land there.

The deployment follows the uproar sparked by US President Donald Trump after he claimed during a meeting with PM Imran Khan that Modi asked him to mediate in the Kashmir dispute.