Fire broke out in one wareho­use due to a short circui­t, spread­s to six others­
By ​ Our Correspondent
Published: July 28, 2019
Tweet Email 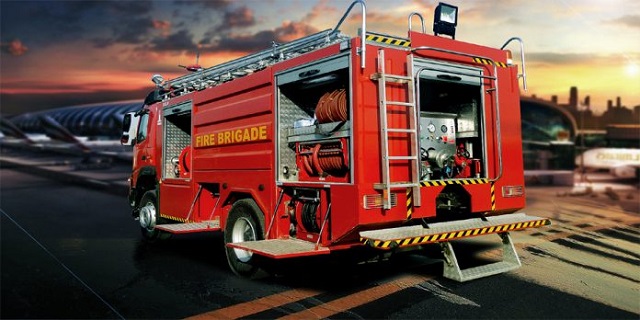 Dozens of water tankers, eight fire tenders from the fire department and one from the Pakistan Navy arrived at the scene to extinguish the fire and prevent it from spreading further. PHOTO: EXPRESS

KARACHI: Seven warehouses near Sher Shah graveyard were engulfed in flames on Saturday morning as fire erupted in a tobacco warehouse due to a short circuit. Shortly after, six other warehouses were ablaze as the fire from the first spread to the others. Clothing merchandise stored in five of the warehouses burnt to ashes causing the owners losses worth millions, however, merchandise stored in one of the warehouses was saved through ad hoc efforts by the owner and his employees. Dozens of water tankers, eight fire tenders from the fire department and one from the Pakistan Navy arrived at the scene to extinguish the fire and prevent it from spreading further.

Speaking to The Express Tribune, Shah Muhammad, one of the affected owners, said that they had informed the fire department immediately but it took the department nearly two hours to send its tenders. The flames had spread by then, he said, lamenting that had the fire officials reached earlier the loss might have been contained. Goods worth nearly Rs30 to 40 million were stored in the warehouses, he claimed. The intensity of the fire also weakened the structures of the warehouses’ buildings and some of the roofs were beginning to crumble, he said. 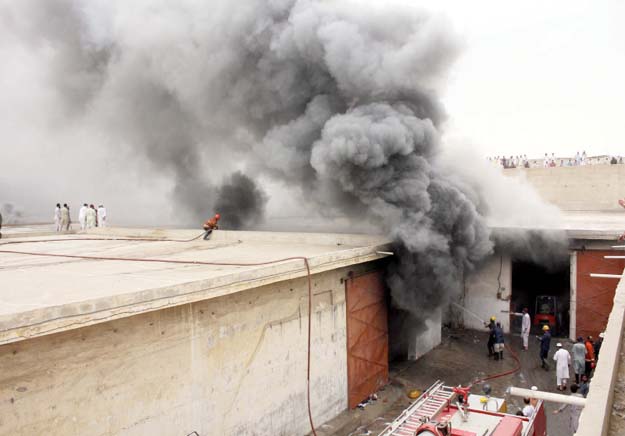 Shah added he has been in the business for roughly 19 years but not once has such an incident occurred. According to him, such incidents occur more frequently in the surroundings of tobacco warehouses.

Too hot to contain

Officials of the fire department said that none of the merchandise which was engulfed in flames could be salvaged.

The heat produced by the flames was very strong and the fire had to be extinguished from a distance, they said adding that while they had managed to contain the flames from spreading further, the fire would only extinguish when it had run its course.

The department also warned the owners of the warehouses to stay away from the place of the incident to prevent any loss of lives.

Baldia factory was set on fire under a plan, says IO

The fire department was joined by the Pakistan Navy which supplied a ninth fire tender to assist the eight tenders of the department. Besides, the Karachi Water and Sewerage Board (KWSB) staff also reached the site of the fire with water tankers to assist in the operation.

West SSP Shaukat Khatiyan confirmed that initial investigation revealed that the fire had erupted due to a short circuit. However, further inquiry is underway, he added.