Best perfor­ming player­s from this champi­onship will be given a chance in the World Champi­onship squad
By APP
Published: July 27, 2019
Tweet Email 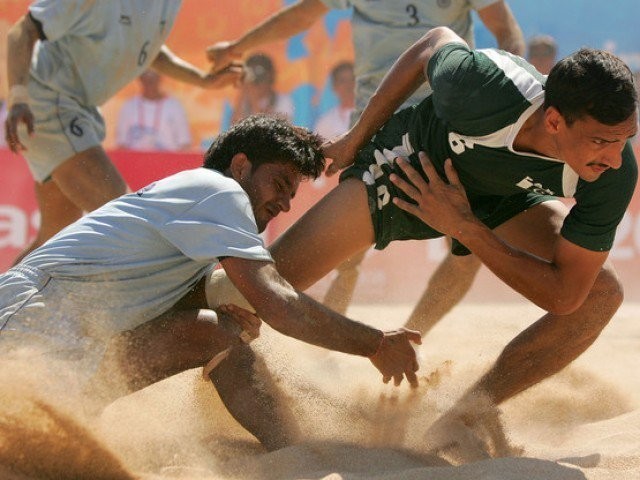 Speaking at the inaugural ceremony of the new Championship Sarwar said the tournament will help uncover youngsters with potential.

“This year Pakistani players will participate in the Junior World Kabaddi Championship,” he said.

Sarwar also revealed that best performing players from this championship will be given a chance in the World Championship squad. The inaugural edition of Junior World Kabaddi Championship (Boys) 2019 U-20/75kg will be staged in Iran from November 1 to 7.

Pakistan Navy Director Sports Captain Nasir Mahmood, who was the chief guest at the opening ceremony, said Pakistan Navy would also play its role in promoting the game of Kabaddi in the country.

“It is our responsibility to promote Kabaddi as it is our traditional game,” he said.

Teams from Multan, Bahawalpur, Lahore, Gujranwala, Faisalabad, Sahiwal, Sargodha, D G Khan and Bannu and Sukkur will be showcasing their skills in the national U-20 event.

The event is being organised in collaboration with Pakistan Sports Board (PSB) and the accommodation, playing area and other facilities are being provided by PSB.

Six Kabaddi matches will be played on Saturday.

FIFA call for zero-tolerance towards racism