Around 8,000 camera­s are instal­led in Lahore to make the city safe and secure­
By APP
Published: July 27, 2019
Tweet Email 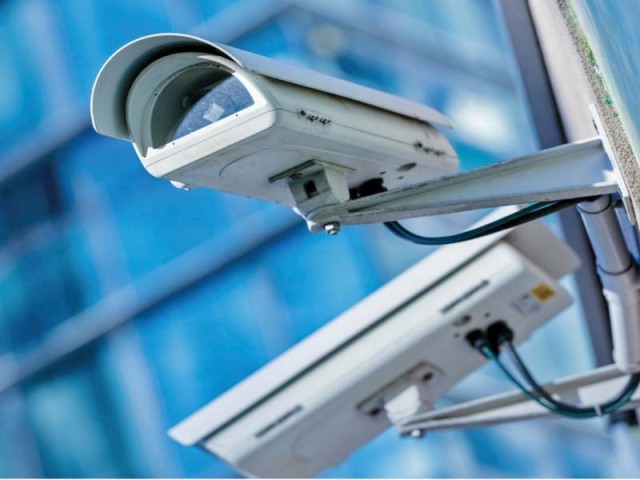 LAHORE: A strong surveillance system plays a key role in curbing crimes and tracing the whereabouts of the criminals, particularly in thickly populated commercial areas.

In this regard, the Punjab Safe Cities Authority (PSCA) has played an instrumental role not only in modernising the police system of the province but also offering round-the-clock surveillance system to ensure the security of the cities.

Time and again, the authority has helped in reaching out to the real culprits soon after the suicide blast at Data Darbar on May 2019, the police, law enforcement agencies and people were looking towards the PSCA for tracing the anti-state elements involved in the incident.

Equipped with modern high-tech cameras, the PSCA has provided support to the investigators to trace the identity and hideouts of the facilitators of the Data Darbar attack. Earlier, the sophisticated cameras of the PSCA have also helped a lot in the arrest of the culprits and facilitators of the Charing Cross terrorist attack in 2017.

In comparison to the Safe City Project Islamabad, the PSCA was a five-times bigger project with an annual budget of about Rs13 billion aimed at bringing about modifications in the policing system of the province.

The project was directed to eliminate ‘Thana Culture’ in the province besides ensuring citizens’ integrated monitoring system through modern tools and cameras. The authority was also intended to pave the way for improving the traffic management system, which was successfully going on through 4-G technology.

The police benefited from the PSCA services to improve law and order and installed closed-circuit television (CCTV) cameras at its patrolling vehicles for pursuing an accountability system in the force besides enabling the commanders’ safe movement through 4G-enabled handsets during police operations.

The PSCA has also launched an effective initiative for creating awareness among the people about the traffic rules, for which it had successfully installed the light-emitting diodes (LEDs) for traffic messages in English and Urdu languages on important thoroughfares in the provincial metropolis. These measures helped in reducing traffic accidents to a significant number.

A remarkable decline was witnessed in the crime rate as the initiative has brought down the crime to 60%-65% within a short period in Lahore.

Consequently, it was decided to expand the project to nine other districts of the province including Faisalabad, Rawalpindi, Bahawalpur, Multan, Gujranwala, Sargodha, Nankana Sahib, Sheikhupura and Kasur. A huge video wall was set up in the Police Integrated Command Control and Communication Centre to monitor and analyse visuals. Around 8,000 cameras, equipped with modern technology were installed in Lahore to make the city safe and secure.

Following the directions of the Lahore High Court, the PSCA made a plan with the collaboration of City Traffic Police (CTP) to start e-ticketing over violation of the traffic rules and laws from September 24 last year. Over one million e-tickets had been issued and sent to the residential addresses of vehicle owners, while a total of Rs130 million fine had also been recovered from violators and deposited in the exchequer.