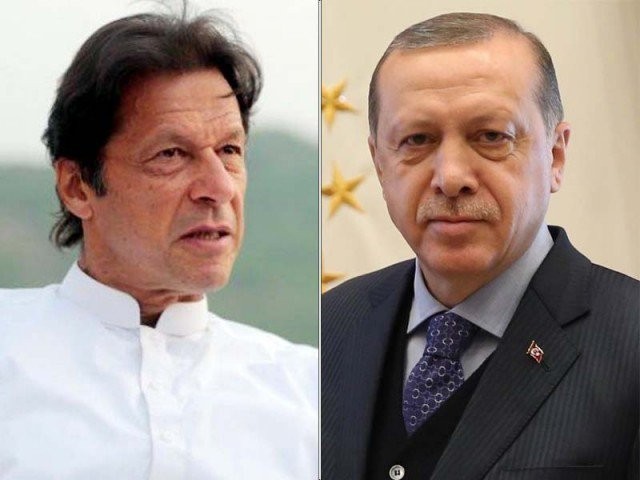 In a phone conversation Friday, Erdogan wished God’s mercy on those who lost their lives and a speedy recovery to the wounded, and conveyed his condolences to the Pakistani people, said Turkey’s Presidential Communications Directorate.

On July 21, at least seven people were killed and many others injured in twin terror attacks in Dera Ismail Khan city of Khyber-Pakhtunkhwa.

According to a separate statement issued by the PM House, PM Imran and President Erdogan reviewed progress made in a number of important areas of bilateral cooperation.

“They also noted that bilateral collaboration in diverse fields would be further strengthened during the next meeting of the Pakistan-Turkey High-Level Strategic Cooperation Council (HLSCC) to be held in Islamabad later this year,” it said.

PM Imran said the government and people of Pakistan were looking forward to President Erdogan’s visit for the next meeting of HLSCC.

In the regional context, the prime minister apprised the Turkish president of Pakistan’s steadfast support to the international efforts for peace and reconciliation in Afghanistan.

While the situation in occupied Kashmir was highlighted by PM Imran, the two leaders also discussed the Pakistan-Turkey-Malaysia trilateral process and exchanged views on the next steps.