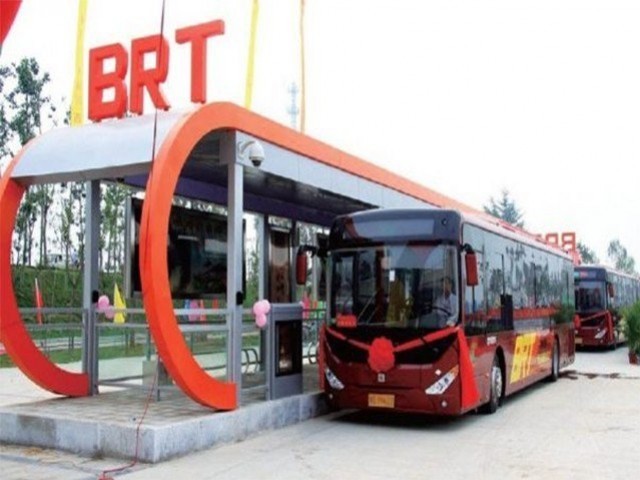 PESHAWAR: The provincial government on Thursday was allowed to appoint a new chief executive of the company responsible for operating the mass transit project — Bus Rapid Transit (BRT) — in Peshawar.

This was directed by a two-member bench of the Peshawar High Court (PHC), comprising Justice Ikramullah Khan and Justice Ishtiaq Ibrahim as it heard a review petition against the dismissal of the former chief of the TransPeshawar company.

Expressing his astonishment at the appointment of a person as the CEO when they are not available for work in the country, the judge continued that the provincial government has given another foreign national the important task of restructuring and reforming the health care sector.

TransPeshawar’s lawyers Wasimuddin Khattak and Additional Advocate General Sikandar Shah told the court that the previous CEO was removed from his position some 10 months ago over his unsatisfactory performance and for the slow pace of work on the BRT project.

They further told the court that after obtaining a stay order from the court, the CEO being a dual national had moved abroad and was ‘working’ from his remote location.

After hearing the arguments of the company’s legal team, Justice Ikramullah posed, “your government was cognizant that the CEO was of a foreign national and that he been a call-in for the post.”

Meanwhile, former TransPeshawar CEO Altaf Durrani’s lawyer argued before the court that his client had been removed from his post because he had pointed out the discrepancies in the BRT design and that the provincial government had refused to accept it as their fault.

Justice Ishtiaq, adopting an ironic tone, remarked that this was not Canada and that the petitioner did not need to speak the truth here.

He went on to ask who else was subjected to the provincial government’s fury apart from the former company chief.

Later, the court rejected the review petition against the CEO’s dismissal and allowed the provincial government to appoint a new CEO for the position.