Politicians and ills of our electoral system

Politicians and ills of our electoral system 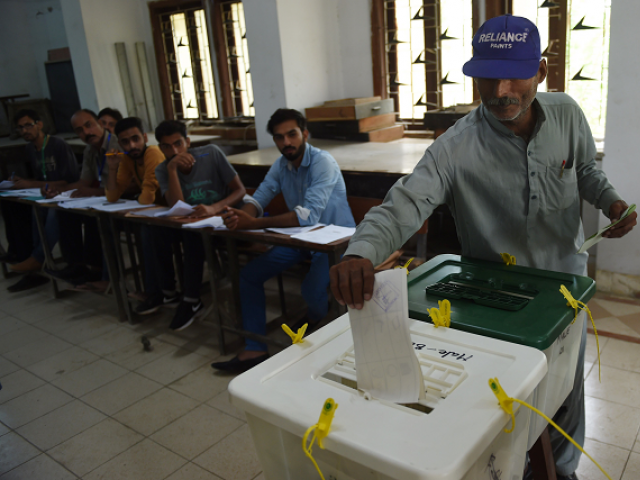 A few weeks ago, I went to buy a piece of furniture. A young salesman approached me for assistance. While he told me the prices of various furniture items, he politely asked me whether the last general elections were ‘credible’. I told him I would repeat what I had constantly said on TV channels in the aftermath of the 2018 General Elections. He wanted to know more, but time and space stopped us both. He is not alone. I often face such a situation at dinners and wedding parties, etc. On 25th July, the opposition parties gathered to refresh their old narrative by beating the drums of rigging. Therefore, it is rather imperative to present an independent narrative. The Free and Fair Election Network (Fafen) had deployed nearly 20,000 neutral and trained observers across 272 NA constituencies. They together observed polling and counting processes at 70,000 polling stations. As head of Fafen back then, and as its ordinary member today, I feel obliged to defend the position once again that we had shared with the public on July 27, 2018, and then leave it to the public and stakeholders whether they value the hard facts or a baseless propaganda.

Firstly, human beings have developed measurement tools to gauge the correctness of things, including elections. That does not mean everyone possesses the skills to use these tools. There are three prerequisites in the context: professional skill; quality of measurement tools; and ability to read and analyse data. Let’s examine the GE 2018 by using scientific tools and methods. But, first we must recall a short history of elections in Pakistan. The 1970 general election is still remembered as credible, but had caused a huge bloodbath and finally broke the country. Except for the 1977, all other elections, though manipulated, ended in a peaceful transfer of power, but all the resulting governments failed to complete their tenures. What category will GE 2018 fall in? Let’s consider the following first.

Secondly, one year later, the opposition parties have decided to observe 25th July as Black Day. Why? They have the right to protest, but are they justified in doing so? If yes, did they present any proof of rigging and if yes, where is that proof? Mere allegations are not enough. Twelve months are enough to collect evidences; analyse them; and expose any wrongdoings in the polling, result preparation and consolidation, and its announcement. It is a fact that candidates and parties spend huge amounts of wealth on elections. Then why do these political parties shy away from investing monies on investigating electoral fraud and rigging? The PPP had conducted such an exercise in the aftermath of the GE 1990. They must do it again.

Thirdly, the Elections Act 2017 was passed unanimously by all parties, including the ones protesting now. Section 140 of the Act provides legal remedy for seeking justice through election petitions. According to the ECP website, in GE 2013, as many as 410 petitions were filed. Contrary to massive threats of protests against the alleged rigging, the opposition parties did not take full advantage of Clause 140. The combined opposition parties filed nearly 150 fewer petitions after GE 2018. Politicians tend to politicise such issues. This is their right but not an ethical practice.

Fourthly, some of the opposition parties, particularly from Balochistan and Khyber-Pakhtunkhwa (K-P) attributed their defeat to an organised rigging. They said the results were changed against them, their polling agents were forcefully kicked out and their ballots were spoiled and then rejected. But scanning of the election results reveals that in many constituencies (four NA and 13 PA constituencies of Balochistan and 18 of K-P) the MMA, PKMAP, ANP, PPPP and the PML-N mutually defeated each other. Now let’s dissect the phenomenon of the rejected ballots being higher than the margin of victory. Here are the facts. In Punjab, the PML-N and the PPPP together won 28 such constituencies, while the PTI won 23. In Sindh, the PPPP and the PTI grabbed nine and four seats respectively. In K-P, the MMA, PML-N, PPPP and the ANP together won 12 such seats and the PTI 11. Balochistan too witnessed this phenomenon, where the PTI and the MMA got three each.

I remember that soon after GE 2013, Fafen had tried to divert the attention of stakeholders towards this phenomenon. Hardly anybody took it seriously. It had happened in only 35 constituencies then. By GE 2018, it occurred in 170 constituencies. The above data shows that all parties, including those in the opposition, benefitted from this phenomenon. If this was a result of an organised corrupt practice, then no one is innocent.

Some of the above-mentioned ills and attitudes could be addressed and improved should the ECP improve its data gathering, analysis and timely dissemination of facts. This will, I believe, deter adventurous and corrupt politicians from spinning facts. Parliament must also play its role by improving legislation and by making the ECP independent of political (partisan) influence. The peaceful, orderly, free and fair conduct of elections in the newly-merged districts on July 20th must have enhanced trust and confidence of stakeholders and the general public in the ECP and state institutions. Concrete steps must also be taken to further improve and sustain the incipient achievements.

Moreover, there is an urgent need to start a well thought out process to making our Parliament, provincial assemblies and local councils more democratic. We must get rid of the indirect mode to fill quota seats. Consider this: more than 38% of our Parliament consists of unelected members (21% and 100% members of the National Assembly and Senate respectively). In the provinces, this ratio is one-fifth. The situation of local councils is even worse. This undemocratic modus operandi is the trumps the above-mentioned ills as politicians use its presence to woo influential and corrupt elements. They invest in leaders’ election campaigns. In case of failure, they are likely to lose the promised quota and Senate seats. As a result, leaders may lose their finances and votes. Therefore, in order to keep them under their fold, leaders are highly likely to blame external factors and mobilise supporters in protest. We can weaken this dangerous mind-set by providing an independent opinion.