Missil­es were fired into the south of the countr­y close to the Golan Height­s, an area occupi­ed and annexe­d by Israel­
By AFP
Published: July 24, 2019
Tweet Email 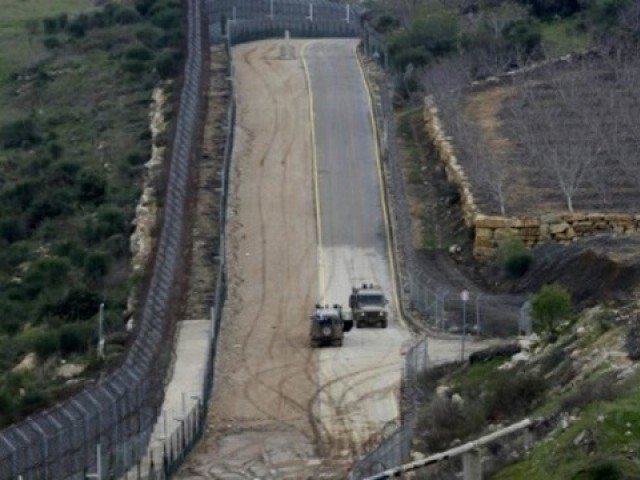 The missiles were fired into the south of the country close to the Golan Heights, an area occupied and annexed by Israel.

“The Israeli enemy launched an aggression after midnight against the Tall al-Hara area,” the SANA news agency said Wednesday, adding that there were reports of damage to property.

The attacks were earlier described as “probably Israeli” by the Britain-based Syrian Observatory for Human Rights, who said they targeted Tall al-Hara in Daraa province, south of Damascus, and two areas in the neighbouring province of Quneitrathe.

“The regime’s anti-aircraft defence has been activated to counter the attack,” director of the Observatory Rami Abdel Rahmane said.

“Some missiles have been shot down, others have hit their target.”

The Observatory reported “loss of life” without giving further details.

Israel has carried out hundreds of air strikes in Syria since the beginning of the conflict in 2011, targeting forces loyal to President Bashar al-Assad and the regime’s allies Iran and Hezbollah.

The Syrian conflict has killed more than 370,000 people and drawn in world powers since it started with the brutal repression of anti-government protests.

Israeli strikes have previously targeted Tall al-Hara where Hezbollah has installed a radar system and the Syrian regime has erected anti-aircraft batteries, according to the Observatory.

At the end of June, six civilians and nine pro-government fighters were killed in Israeli strikes near Damascus and in the central province of Homs, it added.

Israel says it is determined to prevent its arch-foe Iran from entrenching itself militarily in Syria, where Tehran backs Assad’s regime.

The Jewish state insists that it has the right to continue to target positions held by Iran and its Lebanese ally Hezbollah out of self-defence.

The strikes came after Hezbollah’s leader said earlier this month that the group’s rockets could reach key Israeli sites along the Mediterranean coast, including Tel Aviv.

Hassan Nasrallah also said that Iran was “able to bombard Israel with ferocity and force” but “will not start a war”.

Israeli Prime Minister Benjamin Netanyahu countered that his country would deliver a “crushing military blow” on the both Hezbollah and Lebanon if it were to attack.

Mueller to testify at hearings with high stakes for Trump, Democrats