“Govt can never think of changi­ng the law on the belief in the finali­ty of prophe­thood”
By Rizwan Ghilzai
Published: July 24, 2019
Tweet Email 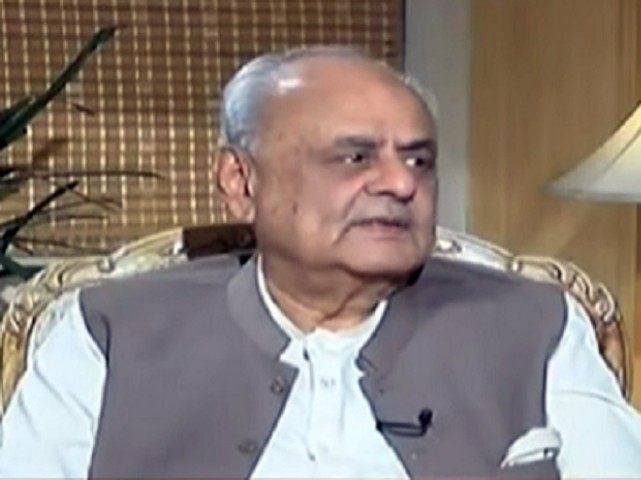 ISLAMABAD: Federal Minister for Interior Brig (retd) Ijaz Shah has said that the government has no intention of amending the Islamic provisions in the Constitution.

Talking to a 15-member delegation of Pakistan Ulema Council (PUC) in the federal capital on Tuesday, the minister said that the government can never think of changing the law on the belief in the finality of the prophethood.

The interior minister declared that the government had decided to link the registration of seminaries with the Ministry of Education by observing the status of Wafaqul Madaris Al-Arabia. He clarified that no proposal would be taken to amend the syllabus of seminaries.

“The government stands with the ulema and mashaikh to purge the country of extremists and terrorists,” he said.

Shah stressed that the social justice system of Islam was most effective and workable for the entire world to seek guidance and implementation.

He urged the religious sections of society to propagate the teachings of Islam for the unity of Muslim brotherhood.

“Elements fanning extremism and sectarianism on account of Islam are not friends of Muslims,” he said adding that the ruling government was pursuing effective and explicit policies to uphold the interests of Pakistan.

“No ruler in Pakistan has ever raised voice for implementing a system like the state of Madina. Pakistan can be transformed on the same pattern when all the sections of government and society play an effective role in this regard,” he added.

“The government is devising a strategy to award degrees to students of seminaries in order to provide them with better opportunities to excel in life,” he said.

Shah urged the ulema to expose those elements who spread hatred in the society and deplored that the issuance of fatwas for political gains.

The interior minister also revealed that Crown Prince of Saudi Arabia Mohammed bin Salman had included Pakistan in the ‘Road to Makkah’ Project on the special request of Prime Minister Imran Khan.

PUC Chairman Hafiz Muhammad Tahir Mehmood Ashrafi maintained that the council, since its inception, had been struggling for upholding the dignity of Muslims and values of Islam.

Ashrafi recalled that PUC in collaboration with all the leading religious schools of thought in the year 2000 had issued a decree against the menace of terrorism and extremism.

He hailed the linking of madaris with the Ministry of Education and stressed that the council stood by the government to curb those who spread hatred on social media.

He said that the PUC will not only endorse positive undertakings of the government but also hold it accountable for unconstitutional and anti-Sharia steps.

Ashrafi announced that masajid and madaris will not be part of any campaign responsible for creating chaos in the country nor the Madaris-e-Arabia had any political agenda and pursuits before them.