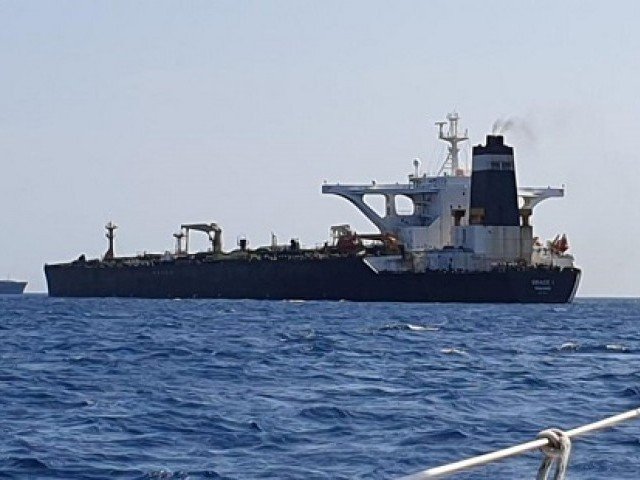 LONDON: Oil edged further above $63 a barrel on Tuesday, supported by rising tensions in the Middle East after Iran’s seizure of a British tanker last week, although signs of faltering demand capped gains.

Iran’s capture of the tanker has sparked concern about supply disruptions in the Strait of Hormuz, a chokepoint in the Gulf through which about a fifth of the world’s oil supply flows.

“Recent incidents in the Middle East should remind us that the situation is fluid and tensions could flare up again,” said Giovanni Staunovo, analyst at UBS.

“We still expect Brent prices to move above $70 over the next three to six months.”

The tensions come as the United States is aiming to cut off Iran’s oil exports and against the backdrop of supply cuts led by the Organisation of the Petroleum Exporting Countries (OPEC) since the start of the year to prop up prices.

But due to strong growth in supply from the United States and other non-OPEC producers, oil supply is exceeding demand, according to the International Energy Agency (IEA), despite lower Iranian exports and OPEC’s voluntary supply curbs.

A weaker outlook for oil demand due to slowing economic growth has been weighing on prices, which are still up by 18% in 2019 helped by the OPEC-led supply pact.

“Although prices had been driven by supply developments in the first half of the year economic considerations are making oil bulls careful this month,” said Tamas Varga of oil broker PVM.

Goldman Sachs on Sunday lowered its 2019 oil demand projection, joining other forecasters such as the IEA and OPEC in trimming its outlook for fuel use.

Oil may gain further support from expectations of another drop in US crude inventories in weekly reports due later on Tuesday and on Wednesday. Analysts expect a 3.4 million-barrel drop in crude stocks.